The new escalation of the situation in eastern Ukraine violates the Minsk peace agreements, EU High Representative for Foreign Affairs and Security Policy Federica Mogherini said on Tuesday, according to an UNIAN correspondent from Brussels. 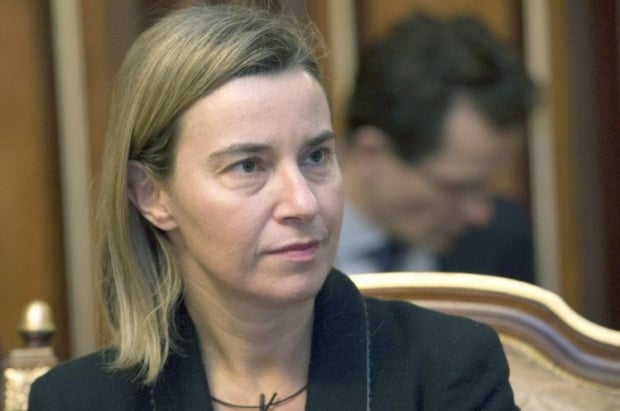 "The renewed escalation of the conflict raising the number of casualties, as a result of attacks on several government controlled areas today and in the night of August 10 on Starohnativka, violates the spirit and the letter of the Minsk agreements," she said.

"Equally, all recent incidents targeted at the OSCE SMM – including its monitors caught in cross-fire in Schastia and Shyrokyne and, on August 9, setting on fire the Mission's vehicles in Donetsk – put in danger the crucial role that the SMM plays in monitoring and verifying the implementation of the Minsk agreements, which is the basis for a sustainable solution of the conflict in full respect of Ukraine's independence, sovereignty and territorial integrity," Mogherini said.

As UNIAN reported earlier, one Ukrainian soldier was killed, and another nine were wounded in military clashes in the Mariupol sector in the last day.