U.S. and Italy to perform observation flight over Russia

The representatives of the United States and Italy will perform an observation flight over Russia under the Open Skies Treaty from August 17 to August 22, according to Russian information agency RIA Novosti. 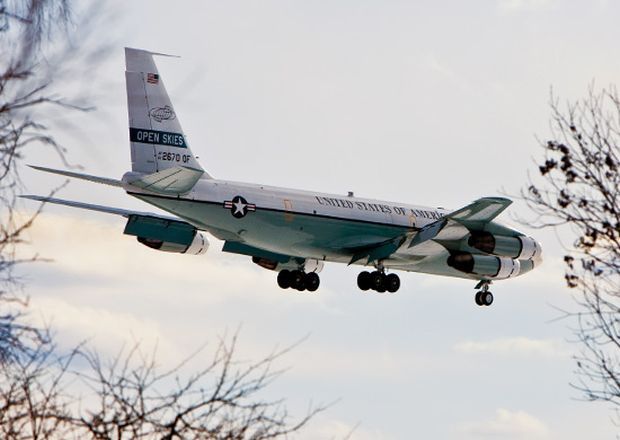 "From August 17 to August 22, a joint mission of the United States and Italy will perform an observation flight over the territory of the Russian Federation under the Open Skies Treaty on the OC-135B Open Skies U.S. Air Force observation aircraft from the airport of Novosibirsk," head of the Nuclear Risk Reduction Center Sergey Ryzhkov said.

The Open Skies Treaty was signed in Helsinki, Finland, on March 24, 1992, becoming one of the confidence-building measures in Europe after the Cold War. It entered into force on January 1, 2002. The treaty is designed to enhance mutual understanding and confidence by giving all participant states, regardless of their size, a direct role in gathering information about military forces and activities of concern to them. The treaty involves the majority of NATO member states, Russia, Belarus, Ukraine, Georgia, Bosnia and Herzegovina and neutral countries - Sweden and Finland.