Duda to discuss tougher measures against Putin at meeting with Merkel 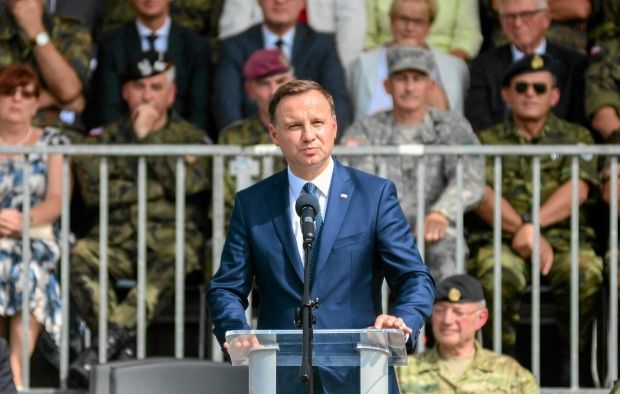 "Of course, during my first visit to Berlin, I would like to talk, among other things, about how we can increase pressure on Russia to finally end the war [in eastern Ukraine] and restore long-lasting peace. Another question is how NATO should react to changes in the geopolitical situation near its eastern borders. It goes without saying, we are for an increased NATO presence in the region, including in Poland," Duda said in an interview with Bild.

According to Duda, Merkel is resolute as for her country's position towards Russian President Vladimir Putin.

As UNIAN reported earlier, Polish President Andrzej Duda said he had proposed a new format of peace talks on the Donbas conflict in a telephone conversation with his Ukrainian counterpart Petro Poroshenko.

The new format of peace talks should envisage the participation of Europe's most powerful nations and Ukraine's neighboring countries, including Poland, according to Duda.

However, Merkel and Poroshenko announced at their recent meeting in Berlin, where French President Francois Hollande was also present, that there is no need for a change in the format of the talks on Ukraine. "I believe that the Normandy format is the basic one, which has proven to be efficient," Poroshenko said.