Seventy-one migrants, including four children, died from suffocation inside an abandoned lorry in Austria, police said on Friday, according to The Telegraph. 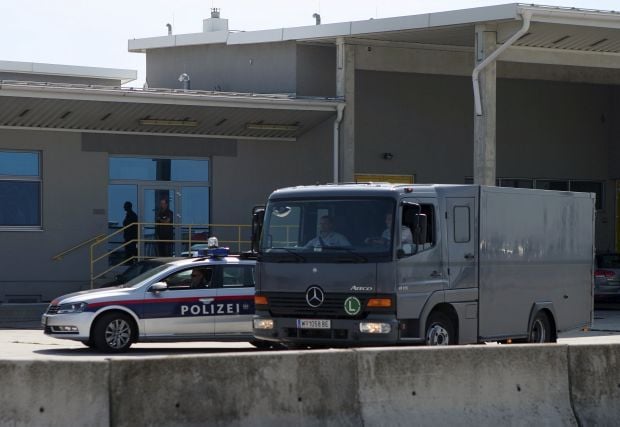 Fifty-nine men, eight women and four children were found dead in the lorry.

Four people have been arrested in Hungary in relation to the deaths, which was initially estimated at 20 to 50, The Telegraph has reported.

The migrants died inside a white refrigeration vehicle designed to carry frozen food. The bodies were so tightly packed and decomposed that police were initially unable to count them accurately.

The lorry was found near Austria's eastern border with Hungary. Police believe it was parked for at least 24 hours before the bodies were discovered.

Some or all are believed to have been Syrians fleeing the civil war in their country, after a Syrian passport was found inside the lorry.

The arrested individuals include two Bulgarians who are believed to have been the drivers of the lorry, Hans Peter Doskozil, the Burgenland police chief, told a press conference on Friday.

Another man arrested is the registered owner of the lorry. "In a human trafficking organization, these are the two lowest levels," Doskozil said. An Afghan man has also been detained, a Hungarian national police spokesman said.

"Our investigation has to focus on the hard core of these three," he said. There was also confusion over the nationality of the lorry’s owner.

Doskozil described him as having Hungarian papers, but said the nationalities of those being held indicated a "Bulgarian-Romanian trafficking organization."

A total of seven people were detained in Hungary in connection with the deaths, but some have since been released, the police chief added.