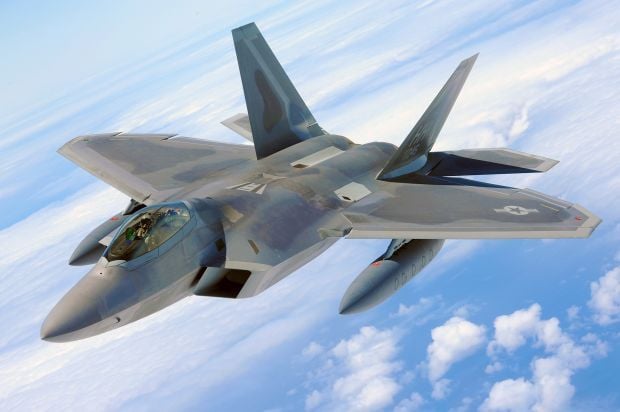 This first-ever F-22 training deployment to Europe is funded by the European Reassurance Initiative, and provides support to bolster the security of our NATO Allies and partners in Europe.

The F-22s and Airmen are from the 95th Fighter Squadron, Tyndall AFB, Fla. The C-17 is from the 60th Airlift Wing, Travis AFB, Cailfornia.

The training will prove that 5th generation fighters can deploy successfully to European bases and other NATO installations while also affording the chance for familiarization flight training within the European theater. It will also give them the chance to conduct combat air training with different aircraft like U.S. F-15 Eagles and F-16 Fighting Falcons.

"It's important we test our infrastructure, aircraft capabilities, and the talented Airmen and allies who will host 5th generation aircraft in Europe," said Gorenc. "This deployment advances our airpower evolution and demonstrates our resolve and commitment to European safety and security."