More than 5,000 migrants have entered Croatia since Hungary sealed its southern border with Serbia, police said on Thursday, according to Reuters. 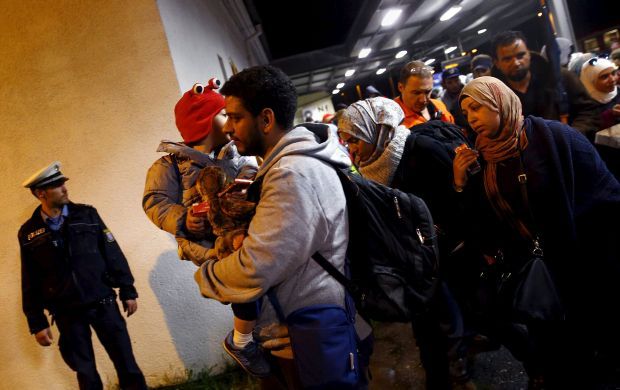 With their path north from Serbia into Hungary - and the European Union - blocked since Tuesday, migrants have simply turned west to the Croatian frontier, the report says.

The influx, which Croatia says it will not halt, puts tiny Slovenia next in line to receive the thousands of migrants, many of them refugees from the Middle East, trying to reach Austria then Germany and other more prosperous countries of northern and western Europe.

"We are tired. We are exhausted. We have been travelling for ten days. We just want to pass to through Croatia and go to Germany," said 19-year-old Salim from Syria who crossed at the Serbian border town of Sid.

Hungary's crackdown has been decried by the United Nations and human right groups.

Hundreds of migrants, mainly young men, clashed with Hungarian riot police on Wednesday over a fence that Hungary has built the length of the frontier, the latest violence in a migration crisis that has seen hundreds of thousands of people from the Middle East, Africa and Asia reach Europe's shores.

"The migrants can be seen entering Croatia around several crossing points," police said, putting the figure since early Wednesday at 5,650.

Croatia, the EU's newest member, says it will not halt their passage. But Slovenia, which unlike Croatia a member of Europe's Schengen zone of border-free travel, has ruled out creating a "corridor" for migrants. It says any asylum seekers will be accommodated in Slovenia and others turned back.

Croatia said it was considering new measures to cope with the inflow.