Pope Francis addressed a joint meeting of U.S. Congress on Thursday, for the first time in history of U.S.-Vatican relations, sparking huge interest as some 50,000 people were watching the event on large screens outside the Capitol. 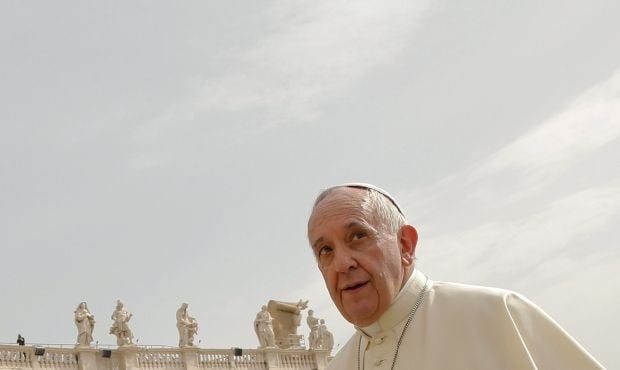 “It is with reverence and admiration that I have invited Pope Francis, as head of state of the Holy See and the first Pope to hail from the Americas, to address a joint meeting of the United States Congress, said House Speaker John Boehner ahead of the high-profile address.

“All of us are quite aware of, and deeply worried by, the disturbing social and political situation of the world today,” said Francis. “Our world is increasingly a place of violent conflict, hatred and brutal atrocities, committed even in the name of God and of religion.”

He went down hard on the issue of the arms trade. “Why are deadly weapons being sold to those who plan to inflict untold suffering on individuals and society?” he asked. “Sadly, the answer, as we all know, is simply for money – money that is drenched in blood, often innocent blood. In the face of this shameful and culpable silence, it is our duty to confront the problem and to stop the arms trade.”

He also called “to avoid a common temptation nowadays: to discard whatever proves troublesome” referring to a global refugee crisis “of a magnitude not seen since the Second World War.”

“At the same time I would encourage you to keep in mind all those people around us who are trapped in a cycle of poverty,” Francis said. “They too need to be given hope. The fight against poverty and hunger must be fought constantly and on many fronts, especially in its causes. I know that many Americans today, as in the past, are working to deal with this problem.”

The Americam media noted that the Pope’s speech was toned toward liberal values.

“The liberal agenda items in his speech were explicit and clear while the conservative ones were more veiled,” according to The New York Times.

The full text of Pope Francis’ Remarks To Congress, released publicly just before his speech, can be found here at news.yahoo.com.