11 people detained for attempt to hold peace march in Moscow

Eleven people were detained for an attempt to hold an unauthorized peace march in the center of Moscow on Sunday, according to co-organizer Alexey Domnikov. 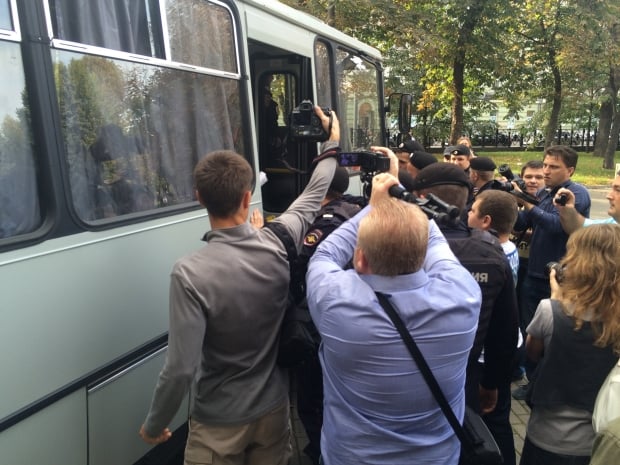 "The formal reason for the detention was the use of leaflets with the words 'Peace March' on them. They have detained 11 people. Seven were brought to the Meshchanskoye police station and four to the Tverskoye police station," Domnikov told UNIAN.

The police are now drawing up protocols on participation in the unauthorized rally.

Meanwhile, aggressively disposed supporters of the Russian authorities' policy had been awaiting participants in the peace march at Suvorov Square, where the rally was scheduled to be held. The Putin advocates were wearing T-shirts with the word "Novorossiya" and holding banners in support of the Russian president and Russia's war in Donbas. The police did not react to that group of people.