Four Ukrainian citizens were killed in a crash of the Russian passenger airliner on Saturday in Egypt's central Sinai, according to Ukraine's Foreign Minister Pavlo Klimkin. 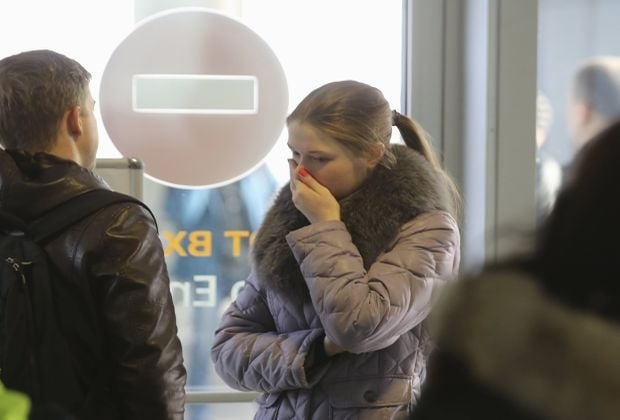 "The loss of life is painful. The death of compatriots - is twice as painful. Four Ukrainian citizens were on board. V.Sachuk, L.Movchanova, I.Usatova, K.Usatov," Klimkin tweeted.

Earlier, the Ukrainian newspaper Ukrainska Pravda also reported citing Reuters that there were at least 214 Russian citizens on board.

As UNIAN reported earlier, the Airbus A321, operated by Russian airline Kogalymavia under the brand name Metrojet, was flying from the Sinai Red Sea resort of Sharm el-Sheikh to St Petersburg in Russia when it went down in a desolate mountainous area of central Sinai soon after daybreak, the aviation ministry said.

An authoritative Sweden-based aviation tracking service said the aircraft, having made an apparently smooth take off, lurched into a rapid descent shortly after approaching cruising altitude.

There are no survivors in the crash, according to the Egyptian authorities, UNIAN reported citing Sky News.