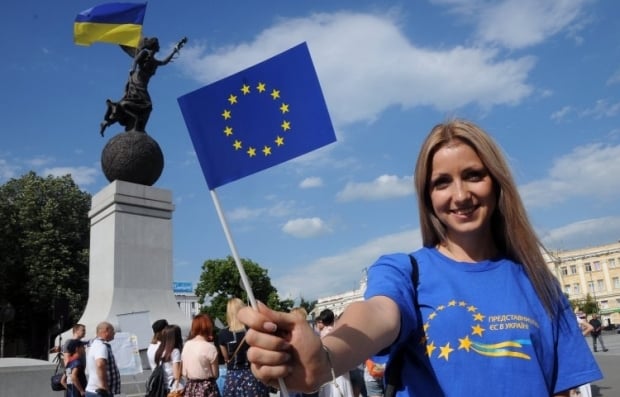 The opinion poll had been conducted in Spain, Italy, Poland, France, Germany, the United Kingdom, the Netherlands, and Sweden.

The majority of the residents of eight member states of the EU (60%) agree that Ukraine is at an armed conflict triggered by Russia. This option has the largest support among the Poles (75%), and the lowest among the French (46%) and the British (49%).

The point that the conflict in Eastern Ukraine is triggered by the West is the least supported option with only 25%.

20% of the residents of eight member states of the EU do not know anything about current events in Ukraine.

Read alsoOver 50% of Ukrainians see Donbas conflict as Russia’s aggressive war - pollBesides, the poll shows general perception of Ukraine in named countries. Among the most important fidndings are the following:

The pool of associations with Ukraine is dominated by negative images. The three key associations are war, Russia and poverty. Neutral or positive associations are shared by insignificant number of the average citizens of the surveyed states.

Only 1% of the respondents believe that Ukraine should not be allowed to join the European Union. This figure shows that skepticism towards Ukraine among the EU Citizens, often referred to by politicians and experts from the EU, is exaggerated (it should be noted, however, that the EU Citizens’ sentiments are affected by Ukraine’s compliance with the accession criteria: today’s Ukraine is clearly not welcome to the European Union).

30% of the EU Citizens believe that Ukraine should be provided with EU membership in order toprotect the country from further Russia’s aggression. Some respondents (14%), however, have noted that Russia’s position should be taken into account.

Ukraine’s membership prospects are unlikely without fighting corruption and oligarchy. The EU Citizens view those issues critical for the state’s European integration. Ultimately, the expectations of citizens of France or Italy are not different from those of the Ukrainians.

Citizens of France are the most skeptical towards Ukraine’s European prospects, while the British are the most indifferent.

The findings are believed to be strikingly important in terms of Russia's powerful efforts to sow division among European nations fracturing their unity with respect to Ukraine.