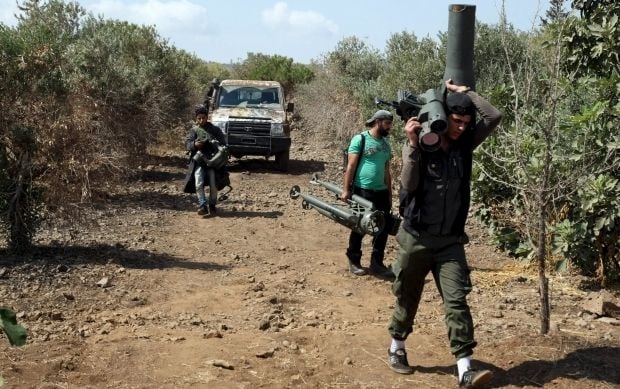 A media spokesman for a rebel group operating in the area under the banner of the Free Syrian Army said it had shot the plane down, Reuters reports.

"We targeted the (Russian-built) MiG aircraft while it was striking rebel positions on the front of Kafr Nabuda. We shot at it with our medium machine guns," Yasser Shehadeh of the al-Wosta division told Reuters via Internet messaging.

"One of the shots hit the plane, and we saw smoke coming out of it, then it crashed... near a regime-held area... we don't know about the fate of the pilot, but he probably got killed."

Rebels have brought down government aircraft before in Syria's civil war but only rarely as they lack significant anti-aircraft capability. They have stepped up calls to be supplied with anti-aircraft missiles since Russia's air force intervened on the side of President Bashar al-Assad in the conflict.