It could be terrorist attack: carriers from UK, France, other states cease flights to Sharm el-Sheikh

German airline group Lufthansa said its Eurowings and Edelweiss units are halting flights to Sharm al-Sheikh for the time being as a precautionary measure given the situation in Sinai, according to Reuters. 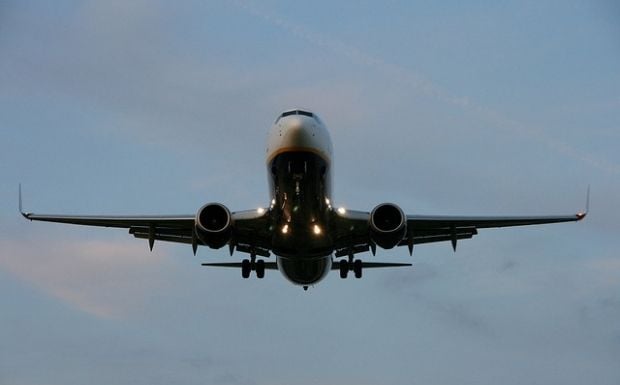 Britain said on Thursday there was a significant possibility that Islamic State's Egyptian affiliate was behind a suspected bomb attack on a Russian airliner that killed 224 people in the Sinai Peninsula and banned flights to and from Sharm al-Sheikh while airport security measures are improved, Reuters reports.

Lufthansa said that Edelweiss and Eurowings, its newly expanded low-cost carrier, had been planning to fly to Sharm twice a week. It will now work with the foreign office and tour operators on bringing passengers back from Sharm al-Sheikh.

Read alsoUkraine bars its airlines from flying over Egypt's SinaiEarlier, the decision to suspend flights over Sinai as a precaution was also made by Air France and Lufthansa.

According to the press-secretary of Turkish Airlines for the period of examination of the situation at the airport in Egypt flights from Istanbul to Sharm el-Sheikh will be carried out only during daytime.

In addition, in connection with the crash of the Russian airliner, AirBaltic has suspended flights to the Egyptian resort of Sharm el-Sheikh for 24 hours.

"Before every flight into Egypt, AirBaltic closely evaluates the situation and introduces additional safety measures, if necessary... The company suspends flights over the northern part of the Sinai Peninsula for 24 hours," RIA Novosti reported quoting the press service of the company.

Read alsoU.S. officials point to possible bomb in Russian plane crashThe relevant communique issued by the Elysee Palace said that all preventive measures have been taken to “protect French citizens.” No direct flights between France and Sharm el-Sheikh are currently available, according to the statement. However, it was not specified exactly when the flights from France to the Egyptian resort had been halted.

As UNIAN reported earlier, British authorities decided to postpone all scheduled flights from Sharm el-Sheikh to the UK. In a statement, the British government stated that the authorities were concerned that the A321 aircraft could be brought down with an explosive device.

It should be noted that the State Aviation Service of Ukraine also took the decision to ban flights over the Sinai Peninsula.

Airbus-321 operated by Kogalymaviacrashed in Egypt’s Sina on Saturday, October 31, on route from Sharm el-Sheikh to St. Petersburg. 217 passengers and seven crew members were on board. There were no survivors in the crash.

The Kremlin did not rule out the version of the terrorist attack on an airplane, but the main version considered is a technical failure.