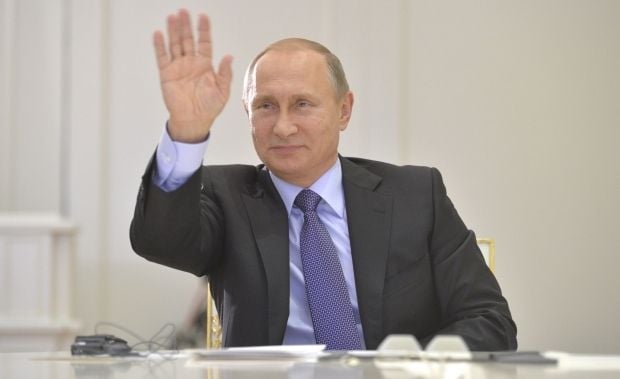 Maria has kept out of the spotlight even more than her sister. Reuters was unable to find any recent, confirmed photographs of Maria.

Earlier this year, Putin said both his daughters were living in Moscow, but gave no further details.

Maria now uses the surname Faassen, and under that name she is pursuing a biomedical career specializing in the endocrine system, which controls the body's hormones, according to academic listings and publications.

On the website of Istina, a directory of scholars and their work at Moscow State University, she is listed as co-author of five studies published in the past two years, with titles including "The status of blood antioxidant system in patients with active acromegaly."

She is also the co-author of a book about "Idiopathic stunting" in children, published earlier this year by Lambert Academic Publishing.

Maria is a PhD candidate at the Endocrinology Research Centre in Moscow, which runs a charity project, Alfa-Endo, that helps children affected by endocrine ailments. The project's website includes a presentation by Maria.

Maria told Reuters in an email that requests for information about the center should be directed to its leadership. She did not respond to questions about when she was married or whether her father's position had affected her career.

Alfa-Endo is funded by Alfa Bank, a large Russian bank with subsidiaries in the United States, Britain and Cyprus. The largest shareholder is Mikhail Fridman, a billionaire with interests in banking, energy and telecoms. An official at the bank said: "Alfa Bank, and broadly speaking Alfa Group, act as financial sponsors for the project and that's it ... We are not aware who else is participating in the project otherwise."

Maria's husband used to work for Gazprombank, a large lender with strong links to the elite around Putin. And until at least August this year, Jorrit Joost Faassen was listed on the website of MEF Audit, a Russian consulting group, as its deputy chairman. He no longer appears on the website and did not respond to requests for comment.