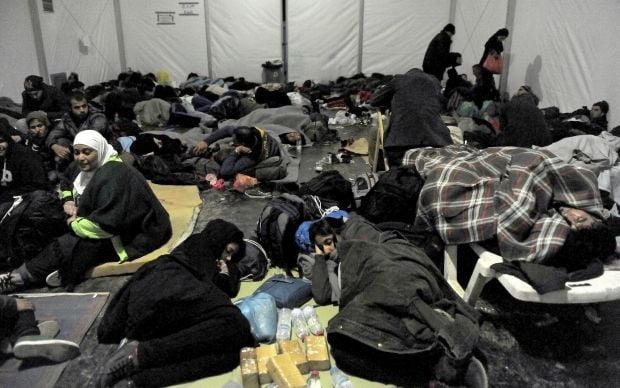 States protesting the admission of refugees range from Alabama and Georgia, to Texas and Arizona, to Michigan and Illinois, to Maine and New Hampshire. Among these 27 states, all but one have Republican governors, CNN has reported.

The announcements came after authorities revealed that at least one of the suspects believed to be involved in the Paris terrorist attacks entered Europe among the current wave of Syrian refugees. He had falsely identified himself as a Syrian named Ahmad al Muhammad and was allowed to enter Greece in early October.

Some leaders say they either oppose taking in any Syrian refugees being relocated as part of a national program or asked that they be particularly scrutinized as potential security threats.

American University law professor Stephen I. Vladeck put it this way: "Legally, states have no authority to do anything because the question of who should be allowed in this country is one that the Constitution commits to the federal government." But Vladeck noted that without the state's participation, the federal government would have a much more arduous task.

"So a state can't say it is legally objecting, but it can refuse to cooperate, which makes things much more difficult."

Only 1,500 Syrian refugees have been accepted into the United States since 2011, but the Obama administration announced in September that 10,000 Syrians will be allowed entry next year.