NATO says deterrence as relevant today as it was before

After the collapse of the Soviet Union, the West switched its efforts from deterring Russia and its involuntary allies in Eastern Europe into developing friendship and partnership with them, yet the current security challenges require a return to the deterrence policy, said NATO Deputy Secretary General Alexander Vershbow in his opening speech at the Berlin Security Conference 2015, according to NATO's website. 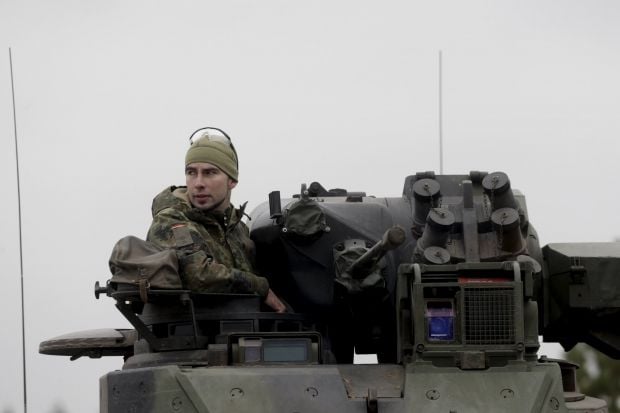 "Regarding Europe, let me say that I know deterrence is not always a popular word. For some it contains echoes of the Cold War that we would rather not hear in the modern world – as if to deter is in some way an act of aggression or belligerence.  I disagree entirely," Vershbow said.

"Being strong enough to prevent others from attacking you is not an act of aggression. NATO Allies have never had strong military forces because we wanted to fight a war, we have them because we want to prevent a war," he added.

Read alsoUkraine’s Acting Ambassador to NATO: Russia's actions see no understanding at NATO HQAccording to Vershbow, deterrence is not a concept for a bygone age, but it is as relevant today as it has always been.

"By ensuring effective deterrence against a revisionist Russia, we will have a more solid basis on which to engage Moscow – to bring it back into compliance with international law and, in time, begin to rebuild ‎the trust and partnership that Russia has destroyed," NATO Deputy Secretary General said.

Vershbow also mentioned the Ukrainian conflict, saying that while there was some progress in implementing the Minsk agreements, the risk remained of a resumption of violence by Russia and its proxies at any moment.