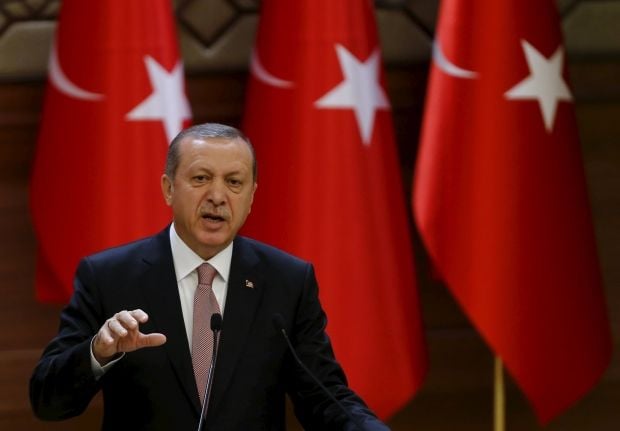 "I think if there is a party that needs to apologize, it is not us. Those who violated our airspace are the ones who need to apologize. Our pilots and our armed forces, they simply fulfilled their duties, which consisted of responding to ... violations of the rules of engagement. I think this is the essence," CNN quoted him as saying.

Foreign Minister Mevlut Cavusoglu also announced on Thursday that Ankara would not apologize to Moscow over the downing of a warplane on the Syrian border. "We don't need to apologize on an occasion that we are right," Cavusoglu said.

Russian President Vladimir Putin said earlier his country had not received any apology from the Turkish leaders.

On November 24, two Turkish F-16 fighter jets on an aerial patrol intercepted a Russian warplane within rules of engagement when it violated Turkish airspace near the Syrian border. The Russian warplane received 10 warnings about its violation within five minutes before it was shot down.

The Russian side claims that the warplane had not violated Turkish airspace.

This was not the first time Russian warplanes had flown over Turkey. In October, Russian warplanes violated Turkish airspace. Russian officials had apologized and pledged that such incidents would not reoccur in future.