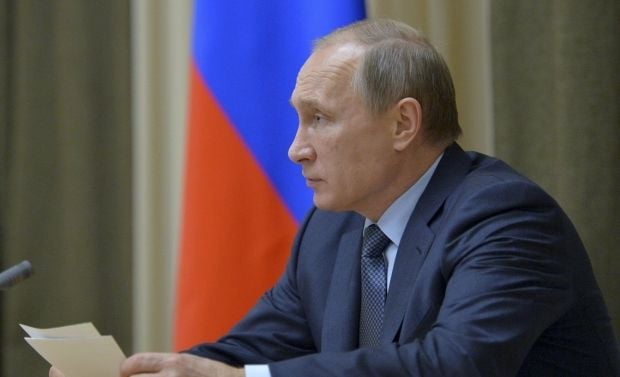 Putin attended a ceremony to launch an undersea cable project that he called an "energy bridge" bringing a new supply of power to the Black Sea peninsula, which gets most of its electricity from Ukraine, RFE/RL wrote.

He also vowed that Russia will help make Crimea more energy independent by 2018.

The territory's two million residents have been beset by power cuts since Crimea's four main pylons in Ukraine were blown up late last month. No one has claimed responsibility for the sabotage.

Russian and Crimean authorities blame Ukraine for the outages, but Kyiv insists it does not know what caused the explosions.

Russia annexed Crimea in 2014 from Ukraine after a popular revolt overthrew the pro-Moscow government in Kyiv and installed pro-Western leaders.

"The first electricity line should have been operational on December 20, but the works have been speeded up... It is a historic day for Crimea, which has won its energy independence from Ukraine," he said.

The electricity cables linking Russia to Crimea are now expected to be up and running on December 15, Balbek said.

Putin meanwhile warned residents of Crimea that "there may still be some problems."

"I hope the second phase will be launched soon," he said. "The work is far from done but I am convinced that everything will be done on time."