Obama: 'We will not be terrorized' after California shooting

U.S. President Barack Obama says the U.S. "will not be terrorized" by Wednesday's mass shootings in San Bernardino, California, according to the BBC. 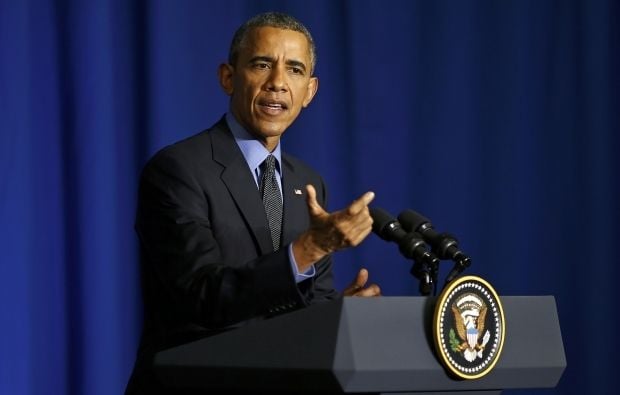 "We are strong. And we are resilient," he said in his weekly radio address, adding that it was "entirely possible" the two attackers had been radicalized, the BBC reports.

"We know that Isil [IS] and other terrorist groups are actively encouraging people - around the world and in our country - to commit terrible acts of violence, oftentimes as lone wolf actors," Obama said in his address.

"All of us – government, law enforcement, communities, faith leaders – need to work together to prevent people from falling victim to these hateful ideologies."

Syed Rizwan Farook, 28, and his wife Tashfeen Malik, 27, killed 14 people before being shot dead by police.

The FBI is investigating the shootings as an "act of terrorism."