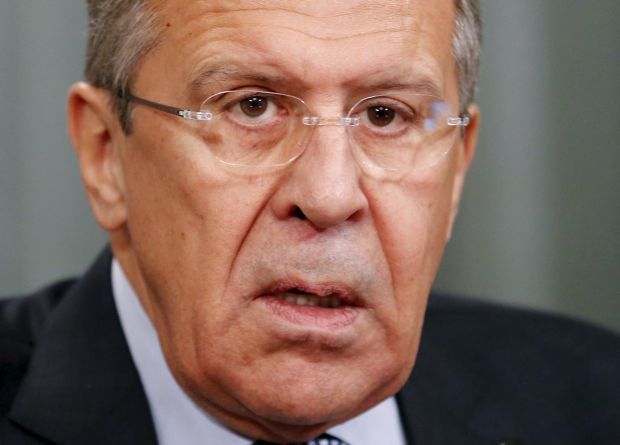 "It has been also clearly stated that terrorists should have no place behind the negotiating table, and we have questions regarding some participants of the latest round of meetings, as they represent two groups that we believe are terrorist," he said in an interview with the Zvezda television channel, TASS wrote.

"Jaysh al-Islam regularly bombs the residential quarters of Damascus – it's them who hit our embassy by mortar fire. The second one is Ahrar ash-Sham, which directly grows from Al Qaeda, which is banned by the UN Security Council," Lavrov said. "But the Syrian saga all the same has a chance on the basis of that resolution, which, of course, should be specified," Lavrov said.

According to him, the way out of the Syrian crisis is written in the latest resolution of the United Nations Security Council.

"There is a way out. It is written in the latest resolution of the UN Security Council," Lavrov said.

"I watch our talk shows where many people take all that very close to heart. They say this won't work, as the resolution lacks specific agreements on terrorists, on who will represent the opposition delegation," he said.

"Nevertheless, that resolution clearly gives a double signal. First, we want the political process to start in January. Second, we want the UN to choose a delegation being guided not only by an opposition group, but by the results and composition of participants of all meetings that have taken place over the past 1.5-2 years," he said. "Out of them, mentioned were the Moscow meetings, the Cairo meetings and the recent meetings in Riyadh," he added.