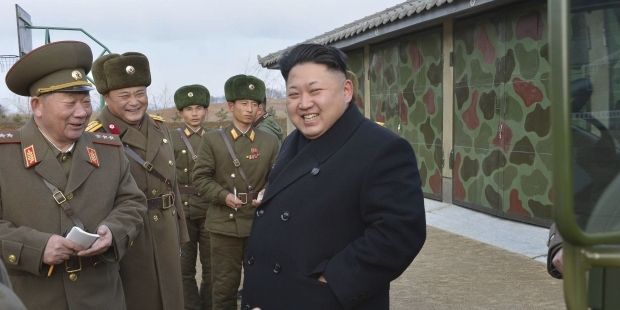 "Kim called for bolstering up both in quality and quantity the nuclear force capable of making nuclear strikes at the U.S.-led imperialists any time and in any space... if they encroach upon the sovereignty of the DPRK and make threatening provocations," the official KCNA state news agency said, Reuters reports.

The North's official name is Democratic People's Republic of Korea.

Kim "set forth the important tasks to be fulfilled to bolster up the nuclear force," it said, and called for the "detonation of more powerful H-bomb in the future."

Last week's nuclear test was North Korea's fourth, although the United States and experts doubt the North's claim that it was of a more powerful hydrogen bomb, as the blast was of about the same size as that from an atomic bomb test in 2013.

On Tuesday, the U.S. House of Representatives voted nearly unanimously to pass legislation that would broaden sanctions over North Korea's nuclear program.