Iran reentered the global economy Saturday as years of crippling international sanctions ended in exchange for the verified disabling of much of its nuclear infrastructure, according to The Washington Post. 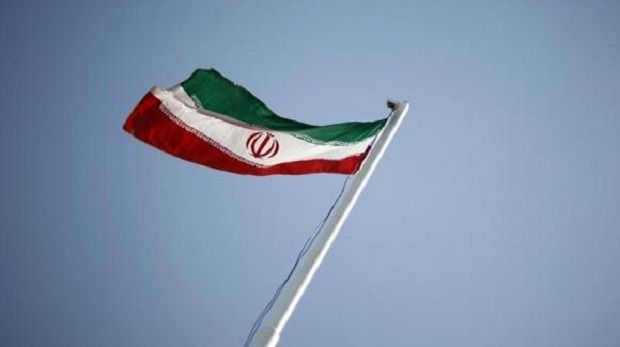 For Iran, implementation of the landmark deal it finalized with six world powers last summer means immediate access to more than $50 billion in long-frozen assets and freedom to sell its oil and purchase goods in the international marketplace. Tehran has hailed the deal as vindication of its power and influence in the world, The Washington Post wrote.

"Today marks the start of a safer world," said Secretary of State John F. Kerry. "We understand this marker alone will not wipe away all the concerns the world has rightly expressed about Iran's policies in the region. But we also know there isn't a challenge in the entire region that wouldn't become much more complicated, much worse, if Iran had a nuclear weapon."

The removal of sanctions comes as President Obama begins his last year in office, and almost seven years to the day since he called on Iran to "unclench your fist" and take steps toward rapprochement with the United States and the world. As a result of the agreement, he said Tuesday in his final State of the Union speech, a "nuclear-armed Iran" has been prevented, and "the world has avoided another war."

The triggering event for implementation was certification by the International Atomic Energy Agency on Saturday that Iran had successfully completed all the nuclear-related steps to which it agreed in July: sending the bulk of its enriched uranium outside the country, mothballing most of its centrifuges and disabling its Arak nuclear reactor, which is capable of yielding plutonium. The IAEA is also charged with monitoring and verifying Iran's continued compliance.

Iran has long insisted that it had no intention of building a nuclear weapon and that its program was solely for peaceful energy purposes.

Agency inspectors on the ground "verified that Iran has carried out all measures required . . . to enable Implementation Day to occur," IAEA Director General Yukiya Amano said in a statement issued just before midnight in Vienna. Amano will travel to Iran on Sunday.

IAEA certification of compliance opened the door to announcements and speeches by high-level officials from the negotiating parties. A U.N. resolution codifying the deal immediately went into effect. The IAEA begins strict monitoring provisions on the ground in Iran. With the White House lifting executive orders regarding nuclear sanctions, Kerry signing waivers of other restrictions and the European Union and the U.S. Treasury issuing implementation guidance, the wheels of international business and finance will begin turning for Iran.

To the consternation of U.S. critics of the nuclear agreement — including Republican presidential hopefuls who have called it a dangerous sellout by Obama and vowed to dismantle it — the deal is now done.

In the long term, the agreement is a major milestone in the Iranian revolution, with the potential for far-reaching economic, political and cultural ramifications. The end of Iran's near-total economic isolation could drive more modernization and open the country to moderating outside influences. More money spent at home to upgrade failing infrastructure and jump-start the economy would allow pragmatist President Hassan Rouhani to showcase the sanctions relief he pledged in his 2013 campaign.

U.S. and international opponents, including Israel, Saudi Arabia and other U.S. allies see the agreement as a dangerous gift to an aggressive and duplicitous regime, and they have warned that Tehran will use the freed-up money to increase spending on terrorist groups that serve as its proxies in a fight for regional dominance.

Although Iran has more than $100 billion in available frozen assets — most of it in banks in China, Japan and South Korea — slightly less than half will more or less automatically go to preexisting debts. How the rest is spent will reveal the direction of internal power struggles between Iranian hard-liners and pragmatists.