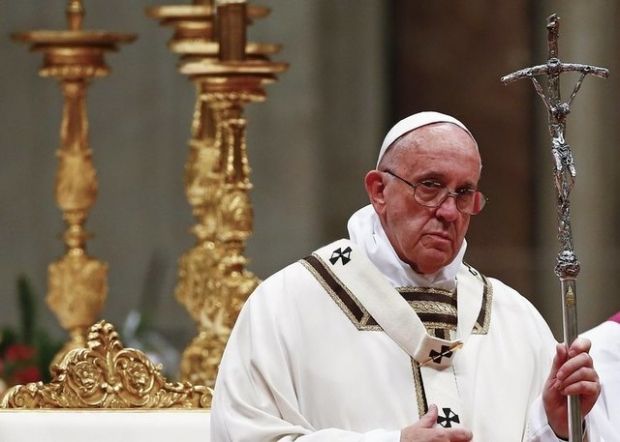 The meeting in Cuba will take place when Pope Francis is making a stop on his way to Mexico and where Patriarch Kirill of Moscow and All Russia is going to be on an official visit, TASS wrote.

A joint declaration will be signed on the future relations between the Vatican and the Russian Orthodox Church, the Vatican Radio has reported.

"The meeting has been prepared for a long time. In 1996 and 1997, intense talks were held on organizing a meeting of his Holiness Patriarch Alexy II," said the chairman of the department for external church relations, Metropolitan Hilarion of Volokolamsk.

These talks were stopped due to no possibility to agree on some issues. "This concerned the Greek-Catholics and proselytism of Catholic missionaries on the canonical territory of the Moscow Patriarchate," the metropolitan said.

Russia's Orthodox Church has never rejected a possibility of organizing a meeting in future "when the necessary conditions for it emerge," he stressed.

"Over all these years, the major obstacle for holding the meeting was the union [united Church]," the metropolitan said.

The destruction by the uniates of three eparchies of the Moscow Patriarchate in West Ukraine in 1980-90s, moving the center of the Ukrainian Greek-Catholic Church from Lviv to Kyiv and the persistent wish of this Church to get the status of the Patriarchate and the support by dissenter uniates – "all these factors only worsened the problem," he said.

A joint statement released by the Holy See and the Patriarchate of Moscow has said the first such meeting in history will be held after a long preparation and marks "an important stage in relations between the two Churches."

The meeting between the primates of the Roman Catholic and the Russian Orthodox Church acquires particular importance against the backdrop of the aggravation of international tension, Cardinal Walter Kasper, President Emeritus of the Pontifical Council for Promoting Christian Unity, told TASS on Friday.

"It is very important that this meeting takes place now that there are so many problems in the world. A lot will depend in resolving international issues in the future on the interaction between the two churches," he said.

According to the cardinal, it is too early yet to talk about the possible visit of Pope Francis to Russia. "This is an important step, but we have an important path to cover for the rapprochement between the two churches," Cardinal Kasper said.

The Eastern Orthodox and Roman Catholic Churches are the result of the East-West Schism of 1054 also known as the Great Schism. The two churches have remained estranged on a number of key issues.

"The Holy See and the Moscow Patriarchate hope that it will also be a sign of hope for all people of good will. They invite all Christians to pray fervently for God to bless this meeting, that it may bear good fruits," the statement reads.