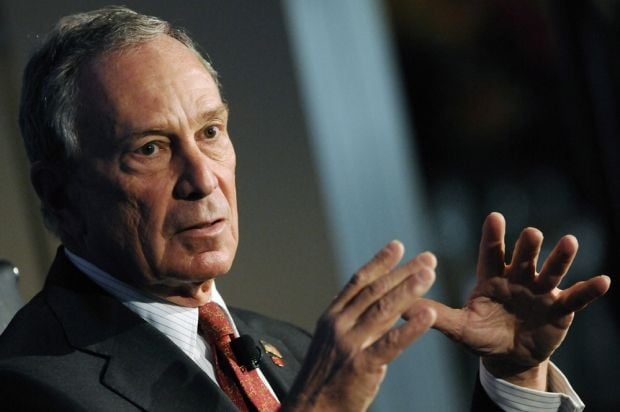 He told the Financial Times he was "looking at all the options," the BBC wrote.

His aides told U.S. media last month he was eyeing a bid but this is the first time he has acknowledged he may run.

Last month the unnamed advisers said he had been alarmed by the increasingly polarized nature of the race.

In his interview, Bloomberg was damning about the quality of the debate in the 2016 race, saying U.S. voters deserved "a lot better."

"I find the level of discourse and discussion distressingly banal and an outrage and an insult to the voters," he said.

No third-party candidate has ever won a U.S. presidential election.

Bloomberg was a Democrat before turning Republican in 2001, then later becoming an independent.

But despite pro-business views, his liberal stance on issues such as gun control and abortion mean that an independent bid from Bloomberg would be most damaging to the Democrats, says BBC North America reporter Anthony Zurcher.