Large-scale demolition of kiosks and small shopping centers began in Moscow on Monday night, the RIA Novosti news agency reported Tuesday, according to The Moscow Times. 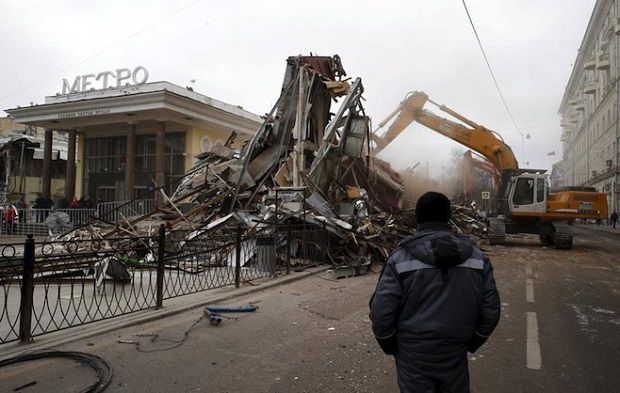 As of Tuesday morning, 55% of the properties subject to removal had been completely removed, Sergei Shogurov, head of the capital's real estate inspectorate, told the news agency, The Moscow Times wrote.

The decision to demolish trade properties that according to City Hall were constructed illegally, was taken in December and affects 104 properties.

The demolition of all buildings included in the list will be completed by February 24, RIA Novosti reported.

Owners and tenants of the properties oppose the demolition. According to the Russkaya Sluzhba Novostei radio station, protesters occupied the Albatross shopping center on Monday night but were forced out by the police.

Alexei Voronin, the commercial director of the shopping center, said that an arbitration court confirmed the legal status of the building in January, Russkaya Sluzhba Novostei reported.