The father of Jack O’Brien, one of the Australian citizens who died in a crash of flight MH17 over Donbas in the summer of 2014, has inked an open letter to Russian President Vladimir Putin, urging the Russian government to cooperate in the international inquiry into the disaster, according to Open Russia Foundation. 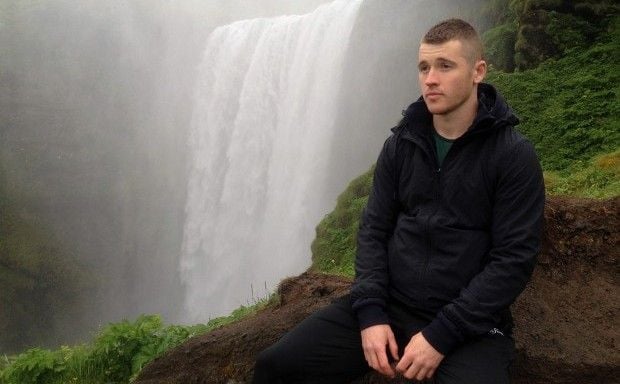 Jack O'Brien died in a crash of a passenger airliner downed Donbas / openrussia.org

After Jon O'Brien and his wife Meryn sent their appeal to the Russian Embassy and Putin's administration, they also sent a copy to the Open Russia Foundation with a request to publish it, according to openrussia.org.

In his letter, the Australian accuses Russia of hampering the investigation, waging information war, and denying the obvious facts.

After publishing the letter translated into Russian, Open Russia Foundation has kindly provided the original text of the letter, in English, to UNIAN upon a request for publication.

President of the Russian Federation

I am writing about the death of my only son, Jack O’Brien, who was killed on MH 17. Jack was just 25 years old and was returning to Australia from a seven week trip to Europe, which included visits to Moscow and St Petersburg.

I ask of you and your government that the Russian Federation cooperates fully with the continued investigations into the shooting down of Malaysian Airlines Flight MH 17 over Ukraine on July 17, 2014.

On October 31 last year, Russian families were plunged into horror when a bomb caused the crash of Metrojet Flight 9268 in Egypt. At home we saw the photos of grief stricken relatives waiting for confirmation of the news they dreaded. We know what that is like.

Eighteen months after MH17, my wife and daughter and I still find ourselves waiting for Jack to come home. We read that the parents of a 33 year old woman who died on the Metrojet Flight said, “It feels like our lives are over”.  We understand that feeling.

Though our countries’ cultures and histories are different, we recognise and share the deep love for our children that is common to all people. And we share the deep pain, and anger, when those children are taken from us at the hands of others.

President Putin, after the Metrojet atrocity you were reported as saying of those responsible, “We will hunt them everywhere, wherever they are hiding.” You called on other nations to help in apprehending the perpetrators.

I ask you now to display the same resolve in bringing to justice the people responsible for the shooting down of MH17. It is deeply distressing to our family that your government’s actions in response to MH17 seem more designed to hinder the investigation than to assist it.

In July last year Russia vetoed the UN Security Council Resolution for an international criminal tribunal to be established to investigate MH17.

I understand also that your government has not made the primary radar data of the incident available to the investigation by the Dutch Safety Board (DSB) and stated that the data had not been retained. This seems extraordinary given that claims have been made implicating Russia in the shooting down of MH17. Why then would Russia not make available every shred of data in order to demonstrate its innocence to the world at large?

Earlier on, the Russian state claimed that MH17 had been shot down by a Ukrainian jet. I have not seen any retraction of this statement, despite it being found to be entirely unsubstantiated. More recently, the Russian arms producer Almaz-Antey has recognised that MH17 was brought down by a BUK missile, but disputes the type of missile and the place from which it was fired.

In a recent letter to the Dutch Safety Board (DSB), the deputy head of Russia’s Aviation agency, Rosaviatsiya, reportedly claimed that the DSB report was unsubstantiated and inaccurate. The letter criticises the DSB’s conclusion that the missile was launched somewhere within an area of 320 square kilometres.  But it confidently asserts that, on the basis of ‘a comprehensive experiment’ conducted by Almaz-Antey, the missile could only have been launched from one village – Zaroshchenskoye – conveniently located in territory supposedly held by the Ukrainian government. This shows quite astonishing precision when all other statements from Russia emphasise doubt.

These are but a few examples. Every nation state is guilty at times of bending the truth or withholding information to serve its own interests, yet Moscow’s deception is of a different order.

Your government’s official statements, and even more so the pronouncements of state-sponsored media, have been a litany of denial, distraction and obfuscation. Your government’s explanations for what occurred have changed regularly, with multiple and often mutually contradictory explanations offered at the same time – Flight MH17 was shot down by a Ukrainian jet, by a CIA planted bomb, by a BUK missile (but not one of Russia’s).

These actions suggest a calculated strategy of disinformation that aims to convey the idea that there is no objective truth to be found. The only consistent feature of Russia’s statements has been the lack of reliable evidence and the denial of any responsibility. Some of the claims made by your government and its media would be comical if they were not so deeply offensive to the families of MH 17 victims.

President Putin, I want to state to you very clearly:

It doesn’t matter what protestations Moscow makes about how the world is biased against it;

It doesn’t matter how many army trucks you had painted white and claimed were full of medical supplies, and not weapons, as they poured into eastern Ukraine;

It doesn’t matter how many times you claim your fighters in Ukraine are simple potato farmers or soldiers volunteering while on extended leave;

It doesn’t matter what power of veto you have to avoid the scrutiny of a properly appointed international criminal court;

It doesn’t matter how many dubious tests Almaz-Antey conducts in a vain effort to show “it wasn’t us”;

It doesn’t matter how many fabricated Youtube clips or bogus interviews you allow to be passed off as news about MH17 through your state-controlled media;

It doesn’t matter that you have an army of trolls spreading misinformation and any number of conspiracy theories to generate doubt and confusion about what really happened;

It doesn’t matter how high your domestic approval rating is purported to be, or how accustomed the Russian people are to living with two truths, or none, in any situation;

None of these things matter, because ultimately there is a truth about what happened. It is the task of the civil and criminal investigations to find that truth within the scope of their separate inquiries. I am confident that both inquiries have been and will continue to be conducted with the greatest care and thoroughness, and observing the highest standards of evidence. I am hopeful that in that process a measure of justice will be achieved for my son Jack and all those killed on MH 17.

President Putin, I ask again that the Russian Federation cooperate fully with the investigations into the shooting down of MH 17 over Ukraine. Otherwise you and your government will be left to the harsh judgement of history.

As UNIAN reported earlier, on January 3 the founder of Bellingcat, Eliot Higgins, handed over to the Dutch prosecutors the investigative report based on open source intelligence. In an interview with NOS TV channel, Higgins has said that his team established 20 soldiers from the 53th air defense missile brigade of the Russian air defense forces who may be involved in shooting down MH17 with the Buk surface-to-air missile. The Buk missile system was brought into Ukraine from Russia’s Kursk where the brigade is located, according to Bellingcat’s investigation.

Read alsoRelatives of MH17 crash victims demand release of key dataFlight MH17 of Malaysian Airlines was shot down over Donbas on July 17, 2014. All 298 people on board were killed in a crash.