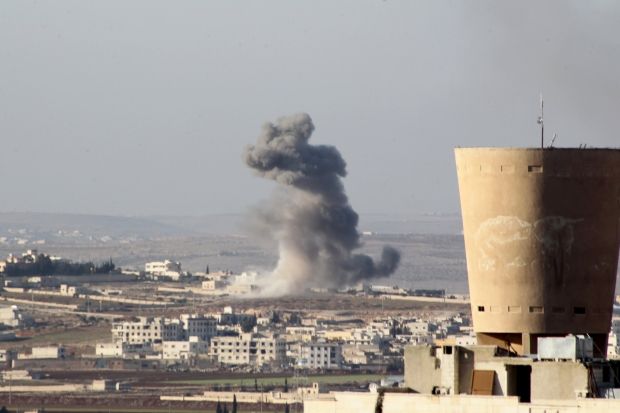 Despite mounting regional frustration over Washington's allegedly passive stance on the five-year-old conflict the Obama administration and other western powers are worried that direct military interventions could lead to an escalation of the conflict and a dangerous clash with Russia, FT wrote.

"Are they going to deploy troops there? Not if we can help it," said one senior NATO diplomat.

While Ankara and Riyadh are deeply wary of acting without U.S. consent, both are angry at what they see as U.S. failure to take a more muscular stance against Moscow's campaign to support the regime of Bashar al-Assad.

Turkey, according to two senior western diplomats, wants to create a buffer zone across its border "several kilometers deep" that would allow Ankara to check the expansion of the Kurdish militias in Syria that are its primary concern.

Turkey is thought unlikely to intervene directly without U.S. consent. But it continues to funnel Syrian rebels through its territory onto the battleground: on Thursday night several hundred fighters crossed the border close to Kurdish held areas, Syrian-based activists said.

Meanwhile, Saudi Arabia is concerned it is rapidly losing influence over the Syrian civil war and scope to influence any subsequent peace talks, as the leverage of its regional arch-rival, Iran, grows by the day.

One regional diplomat said Riyadh views the deployment of force as a precondition of maintaining influence not just in Syria but also in Washington. In a clear signal to Iran, the Kingdom unveiled a 34-strong "military alliance" of Muslim nations in December. It has also just begun unprecedented military exercises that involve some 20 other countries, including the Arab Gulf states, Sudan, Egypt, Morocco, Jordan, Nigeria, Pakistan and Malaysia.

Some officials say the Saudis are considering the option of an operation in Syria's south east — near the border with Jordan — rather than the more heavily contested north, possibly accompanying Jordanian forces.

Publicly, Saudi Arabia follows Washington's lead. Adel al-Jubeir, Saudi foreign minister, has said any potential move to insert Saudi and UAE special forces into the Syrian conflict would have to come under the umbrella of a U.S.-led operation.