The Daily Beast: How ISIS takes revenge on Russia

"On a recent morning, armed and uniformed policemen patrolled nearly every block in downtown Cherkessk, the capital of Karachay-Cherkessia, one of six republics in Russia’s Northern Caucasus. Every so often, they had to break their stride to get around the garbage that covered the dirt sidewalks, and the water-filled potholes in the broken roads that reflected the sky," Anna Nemtsova, a correspondent for Newsweek and The Daily Beast based in Moscow, writes in her article titled "How ISIS Takes Revenge on Russia," published on Friday.

Local police and federal anti-terrorism special units have reenforced their positions all across the region, as ISIS-connected terrorist groups have targeted federal highways, attacked and murdered officials, killed tourists — and claimed credit for all these atrocities.

The Northern Caucasus, with 9.7 million people, could be famous for its spectacular natural beauty, snow-peaked mountains, and health spas built around mineral springs. Instead, it’s known for its shaky peace and, recently, as a focus for activity by the so-called Islamic State, which is not only recruiting from the local population, but exacting retribution for what happens on the faraway battlefields of Syria.

For many young men here, ISIS has offered what seems a romantic action-oriented life, however brief, instead of the mire of poverty and unemployment that surrounds them here.

An old woman in house slippers and green socks is sweeping the street outside an old mosque by the city’s canal; she asks that "the dirt and poverty" in her city not be photographed. "Such shame," she says.

Last year it seemed that Russian authorities had begun to win the ongoing war on terror. The number of attacks dropped by almost 50 percent, from 525 terrorist attacks in 2014 to 258 in 2015.

But last June, Abu Muhammad Al-Adnani, one of the Islamic State’s senior leaders, declared the existence of a new Wilayat Qawqaz, or Caucasus governorate, and violence increased again as ISIS ordered suicide bombings and murders.

On Monday, the neighboring republic of Dagestan was shaken by a terrorist attack, the third one in the last six weeks. A suicide bomber drove a car stuffed with explosives into a police checkpoint in Dzhimikent, killing two policemen and injuring more than ten. ISIS took responsibility, Russian news agencies reported, saying the operation was carried out by a group under the command of a man called Abedtin Khamagomedov.

And it seems that Northern Caucasus is not the only ISIS target in Russia. On February 7 the Federal Security Service (FSB) reported the arrests of ISIS insurgents in Ekaterinburg, near the Ural mountains. The report said that the group’s leader came to Russia from Turkey.

The FSB report also said that the ISIS underground group was preparing attacks on metros and shopping centers in Russia’s biggest cities: Moscow, St.Petersburg and Ekaterinburg, according to a report by Meduza media.

As the authorities try to keep ahead of the killing, they may well be provoking more.

"One of the major factors causing the increase of violence is the reaction Muslims have to authorities closing down Salafi mosques, and the security services putting pressure on potential ISIS recruiters and helpers," says Gregory Shvedov, the editor-in-chief of Caucasian Knot, a Website specializing in regional news.

Already, armed men are a regular feature of life here. When militiamen with Kalashnikovs in hand walked into a cafe and ordered food, a young man named Aslan shrugged and told me, "Weapons in public places are something we see here, it is nothing special, like unemployment."

Options for the future are limited. A college graduate could not make more than $350 a month, mostly as a salesman. "Most of us try to move to Sochi, Stavropol or Krasnodar, where life is more stable, where the average salary would double to $650," Aslan said.

Others choose to go to Syria to join ISIS. Local law enforcements talks of over 3,000 ISIS members from Northern Caucasus fighting in the Middle East.

In a recent special operation in Karachay-Cherkessia, police killed three young men and arrested six more suspects for pledging allegiance to ISIS on line. "These men made a video tape of their oath to ISIS and sent it to Syria by WhatsApp messenger," Andrei Przhezdomsky from the National Anti-Terrorist Committee told reporters.

According to an analysis published by Caucasus Knot, 6,074 people have died from terrorist attacks since 2010.

Ministry of Caucasus officials told The Daily Beast that Moscow dreamed it could turn North Caucasus into a tourist center one day. "We have negotiated with a number of investors from Italy and France, but all the projects are slowed down by the instability," one official said. "The number of people willing to go on vacation to the regions known for terror attacks is decreasing." (One could hardly be surprised.) "And that leaves businessmen investing in tourism face to face with their creditors." 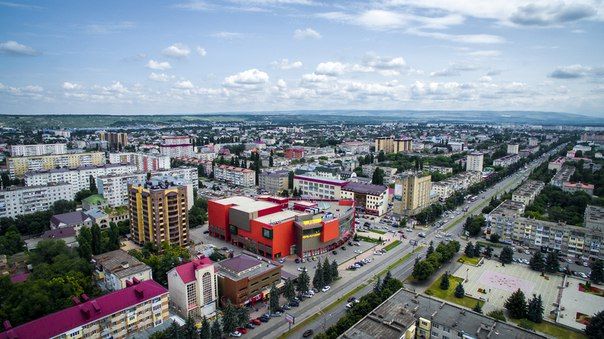 Moscow dreamed it could turn North Caucasus into a tourist center one day / Photo from wikimedia.org

So the spiral of terror and violence continues, and ISIS, under pressure in Syria and Iraq, has its own plans for the future in Wilayat Qawqaz.