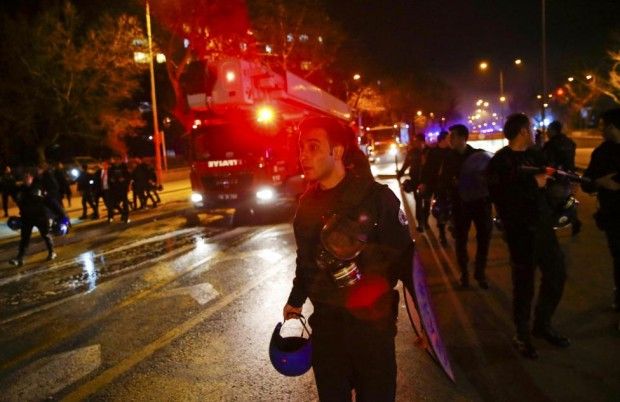 In a statement posted on its website, the Kurdistan Freedom Falcons said it carried out the attack to avenge Turkish military operations against Kurdish rebels in southeast Turkey, The Daily Star reported.

The Kurdistan Freedom Falcons, also known as TAK, however, named the bomber as Abdulbaki Sonmez.

"This act was conducted to avenge the massacre of defenseless, injured civilians," the group said, in reference to a large-scale Turkish security operation against militants in the town of Cizre. Rights groups have raised serious concerns over the operation in the town, which has been placed under a curfew that prevents journalists and observers from entering.

The group threatened further attacks in Turkey. Most recently, TAK had claimed responsibility for a mortar attack in December at Istanbul's second airport that killed a cleaner. It said the attack was in retaliation to the military's stepped up operations against the PKK.

Turkey had blamed a U.S.-backed Syrian Kurdish militia group for the attack, saying they had acted in collaboration with the PKK.

Prime Minister Ahmet Davutoglu had identified the bomber as Syrian national Salih Neccar and said he was a member of the Syrian Kurdish militia group People's Protection Units, or YPG.