Egypt's president said on Wednesday a Russian plane that crashed in Sinai last year was downed by terrorists seeking to damage its tourism industry and ties with Moscow, according to Reuters. 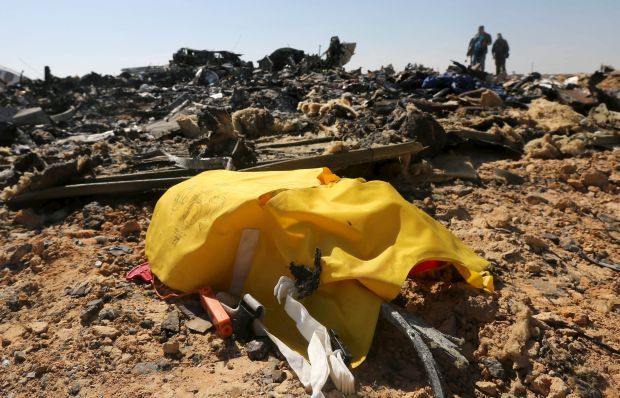 "Has terrorism ended? No, it has not, but it will if we unite. Whoever downed the Russian plane, what did he mean? He meant to hit tourism, and to hit relations with Russia," Abdel Fattah al-Sisi said in a televised speech, Reuters reported.

Moscow stopped all civilian flights to Egypt, a popular destination for Russian tourists, after the Russian airplane crashed in Sinai on October 31, killing all 224 people aboard.

The official Egyptian confirmation that a bomb brought down the Airbus A-321 jet could expose Egypt to compensation payments to the families of the victims.

The Islamic State militant group, whose Egypt affiliate is waging an insurgency in the Sinai, said it smuggled the explosive aboard inside a soft drink can.

Islamic State's online magazine carried a photo of a Schweppes soft drink it said was used to make an improvised bomb that blew the airliner out of the sky.

But an Egyptian-led investigation had said it has yet to find evidence of foul play.

An EgyptAir mechanic whose cousin joined Islamic State in Syria is suspected of planting a bomb on the plane, sources familiar with the matter told Reuters in January.

A senior security official at the airline denied that any of its employees had been arrested or were under suspicion, and an Interior Ministry official also said there had been no arrests, according to the report.