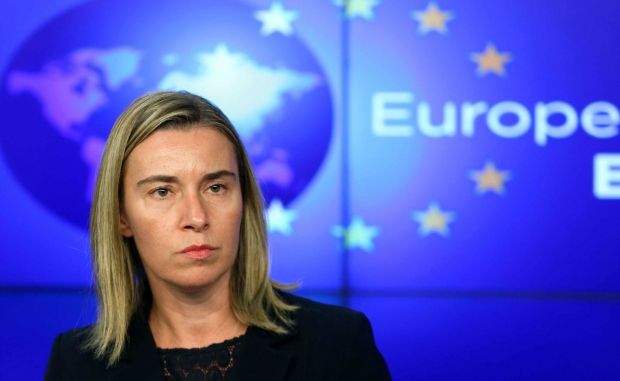 It is now crucial to work on the concrete implementation of modalities, she stressed in a statement.

"It must apply to all parties currently engaged in military or paramilitary hostilities, other than groups designated as terrorist organizations by the United Nations Security Council, as also emphasized by the European Council on 19th February," the statement reads.

"Our duty is now to work with all relevant actors to accept the modalities for cessation of hostilities and to honour the commitments they made in Munich last 11-12th February," Mogherini stated.

Syrians have already seen the first signs that the diplomatic talks can deliver for them with the relief of besieged areas with convoys of humanitarian aid, as noted in the statement.

The delivery of humanitarian aid and the respect of the cessation of hostilities would enable UN Special Envoy Staffan de Mistura to reconvene the intra-Syrian talks in Geneva. The EU as a member of the ISSG is working hard to support the UN Special Envoy and the Syrian parties in implementation of UNSCR 2254, according to Mogherini.

"All members of the ISSG have the responsibility to live up to their commitments to implement the UNSCR 2254. After 5 years of conflict, we appeal to all not to waste this opportunity to put an end to the war in Syria and unite forces to fight against Daesh," Mogherini emphasized.