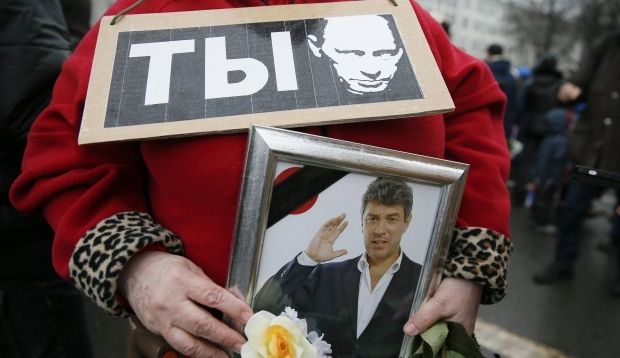 "At first glance, the statements of Western representatives with calls to bring to justice all those guilty in Nemtsov's killing seem to be just a little bit strange," Markin said, TASS wrote.

"In fact, they know well that Russia's Investigative Committee works efficiently and jointly with operative services has solved this complicated criminal case that will be sent to court after the accused persons and lawyers familiarize with it," Markin said.

Markin stressed that "detention of the mastermind behind the murder who is on the international wanted list, as is well-known, is just a matter of time."

Nemtsov, co-chairman of the RPR-Parnas political party, was shot dead in downtown Moscow on February 27, 2015. Five men, including suspected perpetrator Zaur Dadayev, have been formally charged in the murder case. They do not admit their guilt.

In November 2015, a Moscow court arrested in absentia a suspected organizer of Nemtsov's murder, Ruslan Muhudinov, an officer of Chechnya's Sever battalion. A criminal case against him and other unidentified persons is investigated separately.

Washington's statement is "a hint that it is impossible for the Russian government to find and bring to justice the true masterminds, those who pulled the strings from abroad and influenced the contractors of the murder," Markin said.

In his turn, Markin called on the U.S. Department of State to take care of the reputation of the U.S. government and try to influence competent authorities of the country that in fact ignore Russia's requests for legal assistance.

In particular, Markin said 14 criminal cases have been opened by Russia's Investigative Committee into the murders and abuse of Russian children in the United States. "Maybe our colleagues think that we attempt to infringe on their sovereignty in such a way?"