TASS: Russia's FM assures Moscow ready to cooperate with U.S. on all directions

Spokeswoman for Russia's Ministry of Foreign Affairs Maria Zakharova says Moscow is ready to cooperate with the United States on all directions, and it has not suspended any formats, according to Russian news agency TASS. 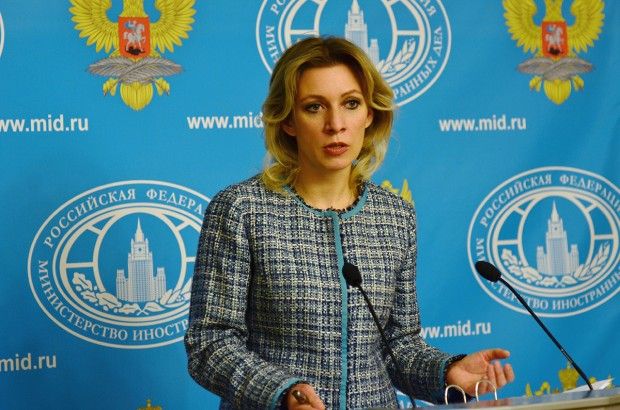 "For the Russian side, the number of contacts with the U.S., including with the head of the foreign policy agency, does not influence the Russian-American dialog. We are open for full-format cooperation," she said a briefing on Thursday, TASS wrote.

"We are ready to cooperate with the U.S. on all directions of bilateral and international agenda to the amount that is interesting for the two countries," she said, noting that Russia "is not scaling back and has not scaled back the existing earlier formats of a dialog between the countries," she said.

"We keep working the way we used to," Zakharova said.

"Of course, Americans do have changes in their position concerning a dialog with Russia," she admitted. "But this is the question to them. We have not made any preliminary conditions in any international organizations, either in bilateral or in any other format, and we believe this is not correct," the diplomat said.

"We continue this dialog, we are ready to expand and deepen it," Zakharova said, noting that "the more meetings, telephone calls and other contacts the sides have, the bigger is the chance that compromises and solutions on the existing problems will be found". "This is what the diplomats are for," she said.