Calls by the ministers in Brussels on Thursday echoed French requests made ever since last year's Paris attacks for the EU parliament to authorize a common passenger name record for the bloc, including a database containing details on air travelers, such as their names and destinations, according to Deutsche Welle. 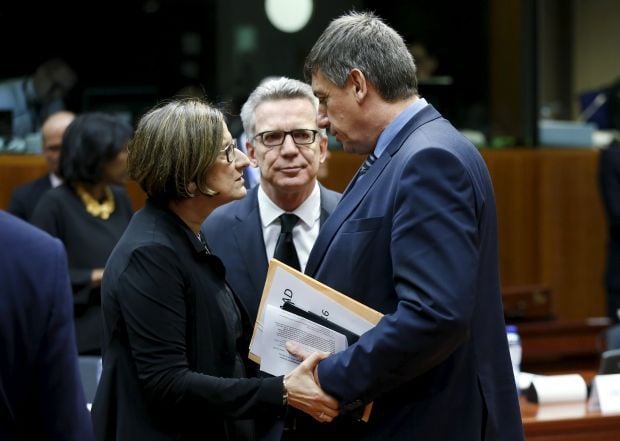 France has also said it wants the members of Europe's passport-free Schengen area to improve exchange of intelligence, and called for an agreement on combating illegal trafficking of weapons.

The passenger data issue is not popular among privacy campaigners and is a significant element of the security versus liberties debate in western democracies. The U.S., for example, has long pushed for better data sharing, but Europeans have dragged their feet over privacy issues.

The meeting was "intended to show solidarity with Belgium, discuss the actual state of play in the fight against terrorism and pursue swift completion and implementation of legislation," the EU said in a statement.

Meanwhile, French Interior Minister Bernard Cazeneuve said Thursday France is proposing the creation of a taskforce to help in the fight against fake identities.

Cazeneuve said more must be done since "Islamic State managed to get fake passports and have established a structure that manufactures fake documents." He added that a united front needs to be shown also in the fight against arms trafficking, which he called "one of the main causes of the development of terrorist activities."

Multiple suspects in Tuesday's attacks in Brussels and November's attacks in Paris were found to have used false identities.