Russia's UN envoy Vitally Churkin says Western member states of the UN Security Council voted to block Russia's proposal on the all-inclusive nature of the upcoming round of intra-Syrian talks, according to Russian news agency TASS. 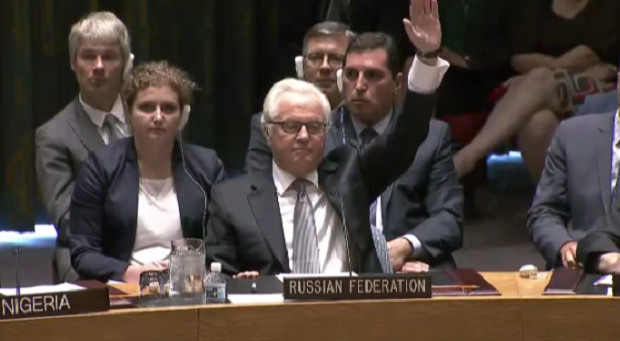 "We were surprised when the draft was blocked by some Western countries," he said. "The Ukrainian delegation also chipped in destructively."

According to the Russian diplomat, "such stance raises eyebrows," TASS wrote.

Churkin said Moscow had repeatedly expressed its concerns that Syrian Kurds were still not invited to take part in the Geneva talks on the ongoing conflict settlement, adding that "such stance contradicts the UN Security Council's resolutions in the inclusiveness of the political process in Syria."

"It seemed that our concerns were shared by all main partners," Churkin said. "We have shared with the UN Security Council's members a draft for media calling to provide a maximum representation of the inter-Syrian dialogue at the upcoming talks."

"As our Western partners like to reiterate, UN Security Council’s resolutions must be implemented in full," Churkin said. "These are the words of golden value and must be adhered to under any given circumstances."

Read alsoObama, Stoltenberg discuss alliance's role in fight against ISThe first round of inter-Syrian talks was completed on March 24. UN Special Envoy for Syria Staffan de Mistura announced earlier that the next round of negotiations was expected to be launched no later than April 11, though several delegations may join later.

Moscow repeatedly called for including Kurds in the negotiations process. Russia's presidential envoy for the Middle East and Africa, Mikhail Bogdanov, said last week that the April round of negotiations in Geneva might result in the formation of a common delegation of the opposition, including Syrian Kurds.