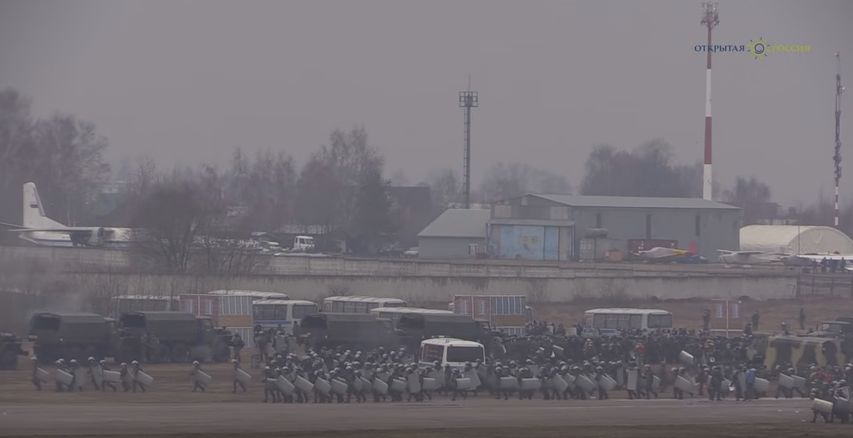 "An Open Russia correspondent became an unintentional witness of drills near Lyubertsy (Moscow region). Hundreds of riot police troops, soldiers of internal troops and police officers simulated a crackdown on a “Moscow Maidan." How will a newly-created National Guard deal with mass protests?" reads the report.

As UNIAN reported earlier, Russian President Vladimir Putin on April 5 announced the creation of the National Guard based on the Interior Ministry troops.

Read alsoPutin fears revolt in Russia ahead of elections, creates national guard under own command"The decision has been made; we are creating a new federal executive  body based on the Interior Ministry troops, we are creating a National Guard, which will fight terrorism, organized crime..." said the Russian president.

Putin's spokesman Dmitry Peskov said that the creation of the National Guard is not related to the upcoming elections in Russia.