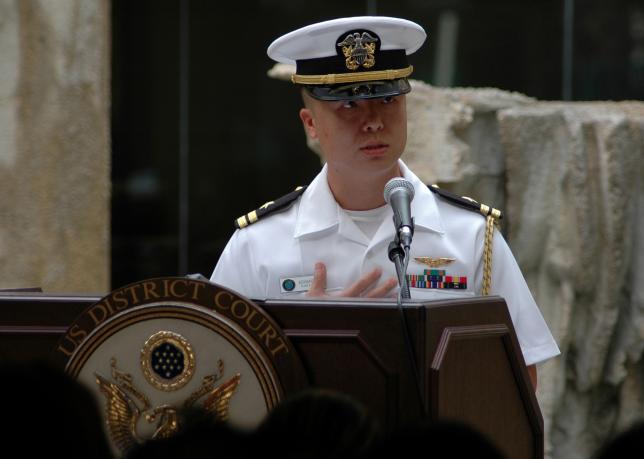 U.S. officials, speaking on condition of anonymity, identified the suspect as Lieutenant Commander Edward Lin, who was born in Taiwan and later became a naturalized U.S. citizen, according to a Navy article profiling him in 2008, Reuters reports.

Lin was a flight officer assigned to the Special Projects Patrol Squadron, with experience managing the collection of electronic signals from the EP3-E Aries II signals intelligence aircraft, officials said.

Read alsoN Korea senior intelligence officer "defects to South" - BBCInformation about how the U.S. Navy carries out such signals collection operations could be highly valuable to a foreign government.

A heavily redacted Navy charge sheet twice accused the suspect of communicating secret information and three times of attempting to do so "with intent or reason to believe it would be used to the advantage of a foreign nation."