Six days of air strikes and rebel shelling in Aleppo, which is split between government and rebel forces, have killed 200 people, two-thirds of them on the opposition side, the Syrian Observatory for Human Rights says, according to Reuters. 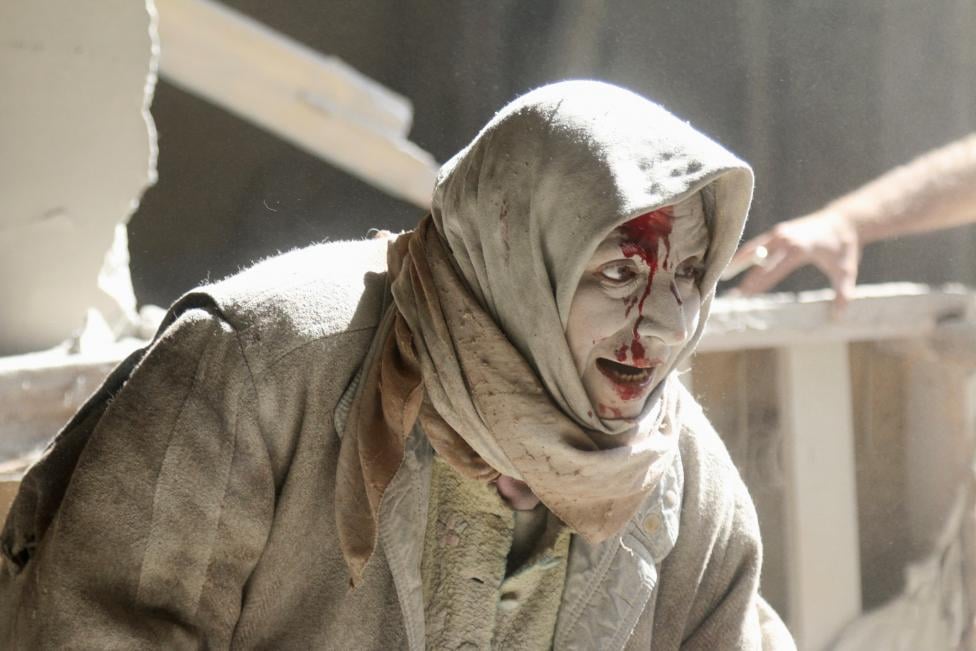 Air strikes destroyed a hospital and killed dozens of people in rebel-held areas of Syria's Aleppo including children and doctors, while the United Nations called on Moscow and Washington to salvage a "barely alive" ceasefire, Reuters reported.

The city of Aleppo is at the center of a military escalation that has undermined peace talks in Geneva aimed at ending the five-year-old war and U.N. envoy Staffan de Mistura appealed to the presidents of the United States and Russia to intervene.

The Geneva talks aim to end a war that has created the world's worst refugee crisis, allowed for the rise of Islamic State and drawn in regional and major powers, but the negotiations have all but failed and a truce to allow them to take place has collapsed.

Winding up the Geneva talks, de Mistura said he aimed to resume them in May, but gave no date.

The "catastrophic deterioration" in Aleppo over the last 24 to 48 hours has jeopardized the aid lifeline that supplies millions of Syrians, said Jan Egeland, chairman of the U.N. humanitarian task force. "I could not in any way express how high the stakes are for the next hours and days."

Read alsoUN envoy calls on U.S., Russia to save Syria talks - BBC"Wherever you are, you hear explosions of mortars, shelling and planes flying over," said Valter Gros, who heads the International Committee of the Red Cross Aleppo office.

"There is no neighborhood of the city that hasn't been hit. People are living on the edge. Everyone here fears for their lives and nobody knows what is coming next," he said.

A Syrian military source said government planes had not been in areas where air raids were reported. Syria's army denied reports that the Syrian air force targeted the hospital.

The Russian defense ministry, whose air strikes have swung the war in favor of President Bashar al-Assad, also denied its planes were responsible.

The British-based Observatory said 31 people were killed as a result of air strikes on several areas of opposition-held Aleppo on Thursday. In addition, it said at least 27 people were killed in the air strike on the hospital late on Wednesday. Rescue workers put the toll higher.