The organizers of the Eurovision-2016 took the decision to ban the use the Crimean Tatar, Kosovo, Palestinian and some others flags during the competition. 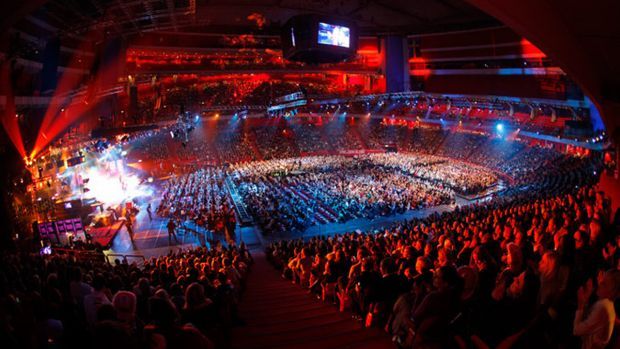 The rules, published on the official website of the Stockholm Globe Arena concert hall, prohibit bringing these flags to the venue. The list of banned flags also includes flags of the so-called Donetsk People's Republic, Northern Cyprus, Nagorno-Karabakh and Basque.

In addition, the organizers stressed that it was "strictly prohibited" to use the flag of the Islamic State.

Read alsoEuropean Broadcasting Union: Jamala's song has no political speechRainbow flags and the European Union flag will be tolerated provided they will, according to the evaluation of the organizers, not be used as a tool to intentionally make a political statement during the show. Particularly, the organizers request and urge the fan community to respect and appreciate the non-political nature of the Eurovision Song Contest.

As UNIAN reported earlier, Crimean singer Jamala won the finals of a local competition to represent Ukraine at this year's Eurovision song contest.

Her song "1944" about the mass deportation of Crimean Tatars under Stalin regime received the highest scores both from the judges and by a popular vote.