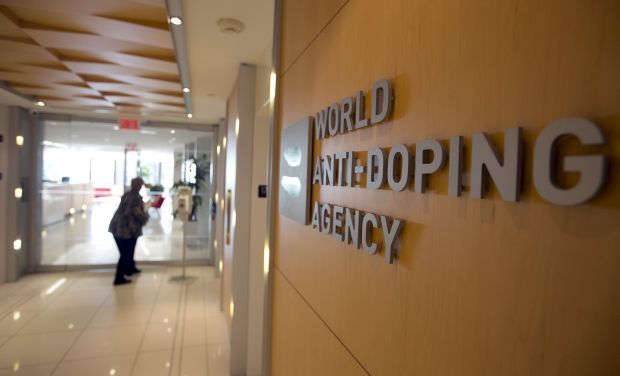 It could suck in hundreds more athletes, keep Russian track-and-field competitors out of the Rio Olympics, force Russian President Vladimir Putin to purge his sports minister and tarnish one of Putin's proudest achievements: reviving Russian sport, Christian Lowe and Jack Stubbs wrote in their article titled "Whistleblower or turncoat, Russian anti-doping czar knows 'where bodies are buried,'" published by Reuters on May 13.

Allegations about officially-sanctioned doping in Russian sport have been rumbling for months, but Moscow has been able to argue the witnesses were unreliable and if there was wrongdoing, it was just a few isolated cases.

Comments by Grigory Rodchenkov, the former head of Russian sport's anti-doping laboratory who this week spoke publicly for the first time, will be harder to brush off.

According to a report commissioned by the World Anti-Doping Agency (WADA), he was for years the kingpin in a sophisticated operation to cover up doping in which dozens of Russian sports officials were implicated.

Rodchenkov this week described a scheme for covering up Russian competitors' positive drug samples at the 2014 winter Olympics in the southern Russian resort of Sochi, that involved a secret lab, samples being switched at night, and vials of urine passed through a hole cut into a wall.

A Kremlin spokesman denied Rodchenkov's allegations, made in an interview with the New York Times, saying they amounted to "slander by a turncoat".

Some rival competitors have now called for the Russian victories in Sochi to be annulled, and WADA said it will investigate the allegations relating to Sochi.

Rodchenkov, who is now living in the United States, has so far spoken in detail only about doping during the Sochi games. It was not clear if he was willing to testify to international anti-doping authorities.

If he does reveal more of what he knows, the allegations about Sochi could prove to be only the tip of the iceberg.

"He knows where all the bodies are buried," Dick Pound, the Canadian lawyer who served two terms as WADA president, said at the agency's board meeting in Montreal on Thursday.

The report that was commissioned by WADA, based on accounts from former athletes, described Rodchenkov's unofficial role.

It said that Russian coaches worried their athletes may have had banned substances in their system when they gave a urine sample would contact Rodchenkov.

They would give the laboratory director the name of the athlete, or the code of the sample. Using that information, he would find the sample in his laboratory and tamper with it to make sure when tested it did not show up positive, the report alleged.

It also said Rodchenkov demanded money from athletes for providing this service.

"At the heart of the positive drug test cover up is Director Rodchenkov," said the report, in which Rodchenkov's name was mentioned 97 times.

Rodchenkov's allegations could further reduce the prospects of Russian track-and-field athletes taking part in the summer Olympics in Rio.

The governing body of world athletics suspended Russia's athletics federation from those games after the publication of the WADA-commissioned report last year.

Since then, Russia has been trying to get its competitors reinstated. It offered reassurance to the doping watchdog by agreeing that Britain's anti-doping agency would test its athletes.

But British media reported the British agency is contemplating pulling out of the arrangement, in part because of the latest allegations.

Mikhail Butov, president of the Russian athletics federation, declined to comment when contacted by Reuters about the Rodchenkov allegations.

If Russian athletes don't fly to Rio, Putin's displeasure is likely to fall on his sports minister, Vitaly Mutko.

The minister has suffered mishaps before. Government auditors queried how he was able to spend 4,800 Canadian dollars ($3,716.61) on hotel breakfasts during the 2010 winter Olympics in Vancouver. He said he was assigned the hotel by organizers, and so had no control over the cost.

Mutko has survived previous crises, helped by a disarming personality and the fact that on his watch Russian performances in international sporting competitions have improved dramatically.

He has also been helped by his closeness to Putin. The two worked together in city hall in Putin's native St Petersburg in the 1990s.

While Putin is loyal to his friends, according to people who know him, he demands competence from his officials.

"The doping scandal has damaged Mutko's relationship with the president," said one person who has worked closely with Mutko. "That was a real screw up."

Kremlin spokesman Dmitry Peskov did not respond directly when asked by a reporter on Friday if Mutko might be fired, saying only he shared the minister's assessment that the Rodchenkov allegations were nonsense.

Mutko is helping oversee preparations for Russia to host the 2018 soccer world cup, a prestige project for Putin, and removing him could disrupt that. But more embarrassing revelations about doping could force Putin's hand.