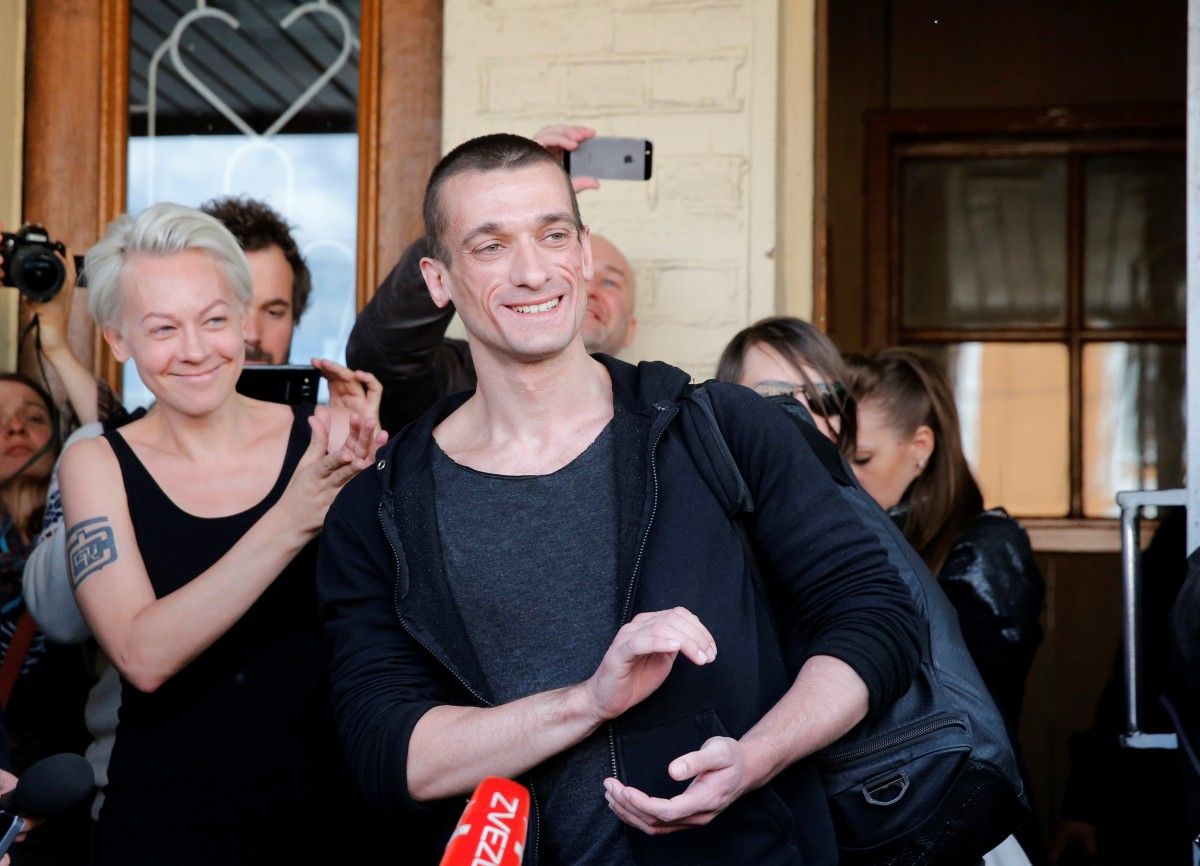 The Meshchansky district court ordered Pavlensky to pay a fine of almost $8,000 for torching an outer door of the Federal Security Service's (FSB) headquarters in November, but he was spared a jail sentence in a rare show of leniency by the authorities, RFE/RL wrote.

Pavlensky refused to testify at his trial, speaking only to journalists and supporters.

"I thank you all," he said on his way out of court. "Thank you to everyone who was not afraid. Your support was very important."

Read alsoRussian performance artist Pavlensky describes FSB HQ door on fire as 'gesture'Pavlensky was tried on charges of damaging a cultural site for dousing the doors of the FSB building, dubbed Lubyanka after the square it sits on, with fuel and setting it on fire in a November performance that he called Threat and an accompanying video titled Lubyanka Door Burning.

The downtown Moscow building was used by the FSB's Soviet-era political-police predecessors and was the site of detentions and executions of prominent figures during the Stalinist purges.

Pavlensky described the stunt as an attempt to highlight the security services' campaign of "terror" against Russian society.

"We witnessed that it is possible to methodically destroy culture, to be engaged in the methodical destruction of culture, and then on this basis to declare oneself a cultural monument," Pavlensky told journalists on June 8. "We have seen an active graveyard that also is the center of government, the center of power over 146 million people."

President Vladimir Putin used to have an office in the building when he was head of the FSB in the mid-1990s, before becoming prime minister.

"We must be very vigilant and very active. Otherwise, in the near future, a prison of our daily life will become a prison in literal sense for each of us," he said outside the court.