Senior UK Government officials fear the violence unleashed by Russian hooligans at Euro 2016 was sanctioned by the Kremlin and are investigating links with Vladimir Putin’s regime, according to The Guardian. 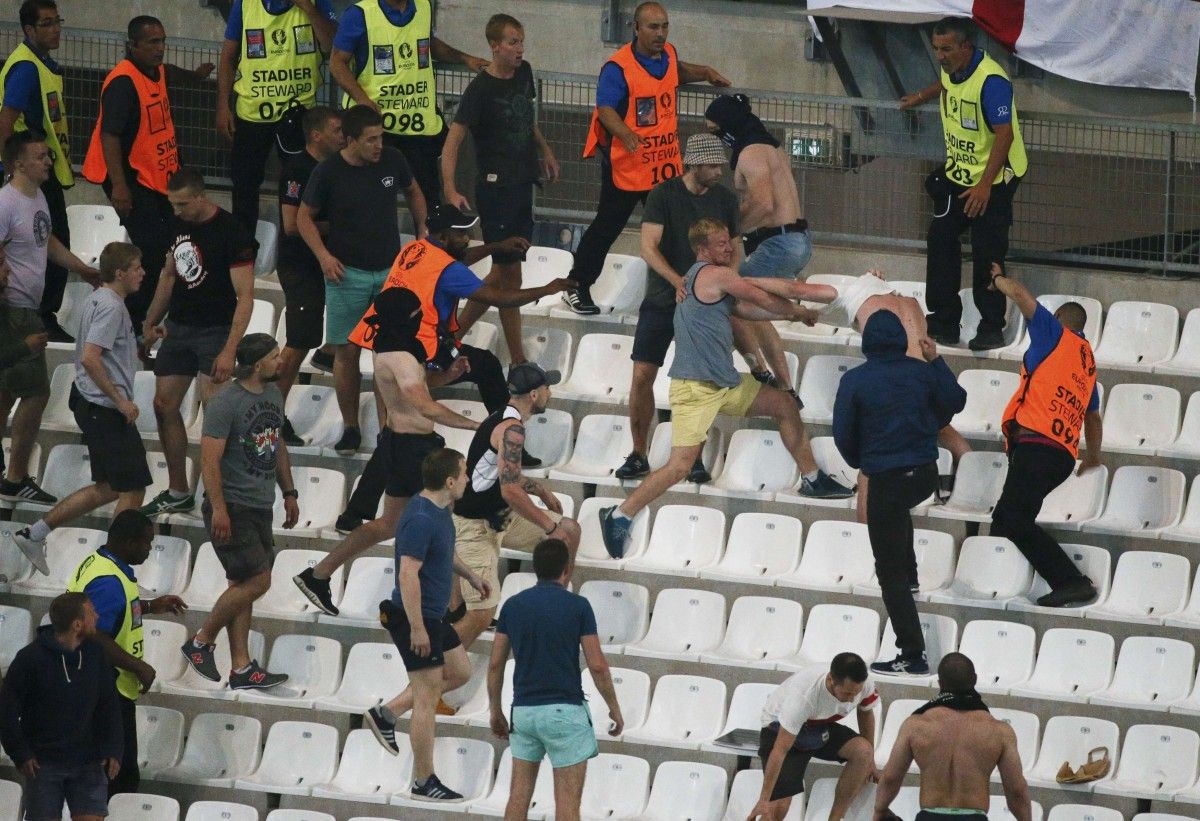 It is understood that a significant number of those involved in savage and highly coordinated attacks on England fans and others in Marseille and Lille have been identified as being in the “uniformed services” in Russia, The Guardian reports.

The theory is that the sanctioning of hooliganism by Putin is a continuation of what has been described as Russia’s campaign of “hybrid warfare”. Whitehall experts fear the tactic is a ploy to demonstrate Russian strength while building on a narrative inside the country that the rest of the world is lining up against it.

Read alsoFrance wants to deport almost 50 Russian soccer fansFollowing the violence in Marseille, fake Twitter accounts were reportedly set up to spread the view that Russian fans had been provoked. A senior Russian parliamentarian tweeted, “Well done lads, keep it up!”

A Whitehall source told the Observer that social media had been scrutinised to discover the backgrounds of those involved. “It is difficult to prove this was sanctioned by the Kremlin but we can see that a number of them are in the uniformed services in Russia,” the source said. “It looks like a continuation of the hybrid warfare deployed by Putin.”

The head of Britain’s Euro 2016 policing operation, Cheshire’s assistant chief constable Mark Roberts, said the attacks were the most serious and coordinated he had seen in 10 years specialising in football violence. He told how UK police spotters saw some 150 Russia fans “tooling up” with gum shields, fingerless martial arts gloves and bandanas.

Read alsoRussia football fan at Euro 2016 reportedly served as "volunteer" in Donbas – mediaOn Friday Putin laughed off fan violence at the Euros and urged local authorities in France to treat supporters from all countries equally. He said the violence was a disgrace, but added: “I don’t know how 200 fans could hurt several thousand Englishmen.”

He also said he was willing to reach out to Europe to mend relations following the Ukraine crisis but insisted the west was responsible for the bad blood: “European business wants and is ready to work with our country. European politicians need to reach out to business, to show wisdom, far-sightedness and flexibility,” he said. “We remember how all this started. Russia did not initiate today’s collapse. We hold no grudge and are willing to reach out to our European partners, but obviously this can’t be a one-sided game.”

UEFA has fined Russia EUR 150,000 and imposed a suspended disqualification as punishment for its supporters’ part in the mayhem in Marseille.