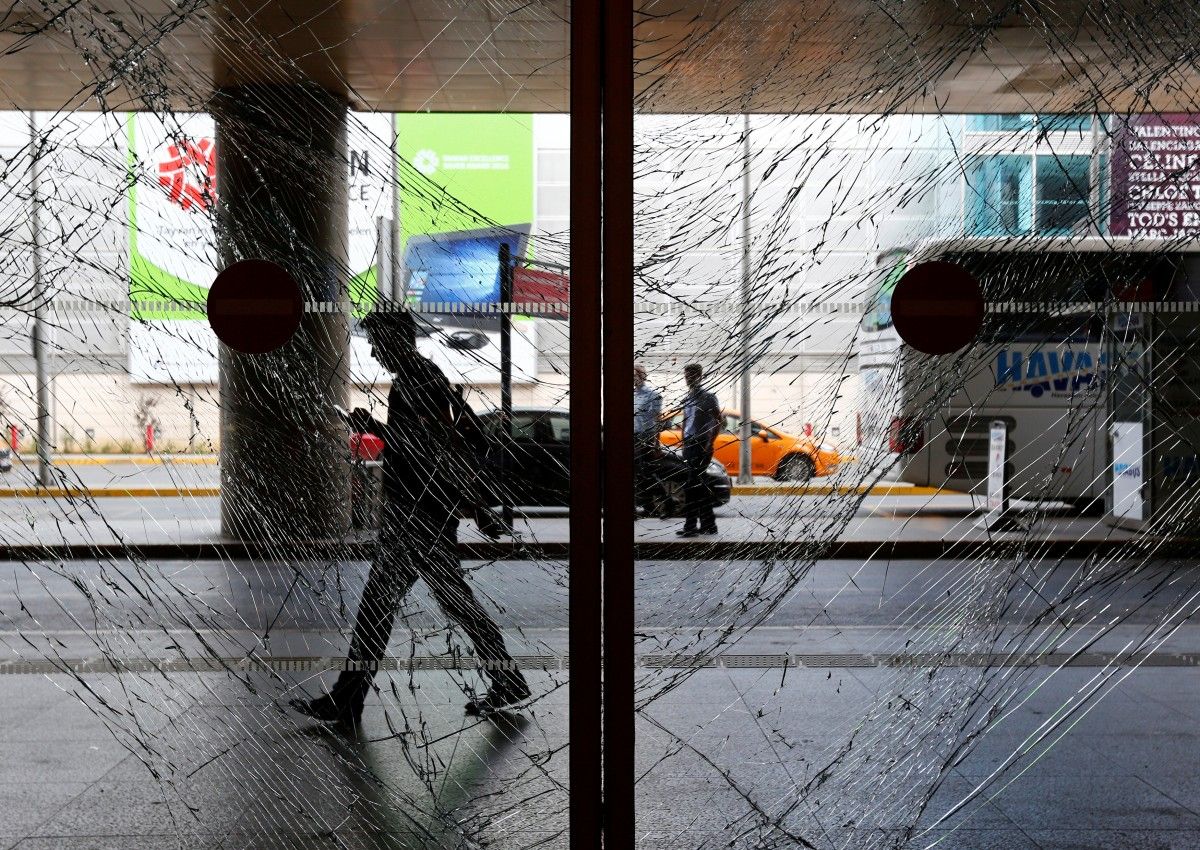 "When the terrorists couldn't pass the regular security system, when they couldn't pass the scanners, police and security controls, they returned and took out their weapons out of their suitcases and opened fire at random at the security check," he said Wednesday, AP wrote.

At the same time, an interior ministry official and another official said all three assailants arrived by taxi at the level of the arrivals hall terminal.

The first assailant entered the terminal, opened fire and then blew himself up near the X-ray machines, according to the officials.

During the chaos, the second attacker went upstairs to the departures level and blew himself up.

Read alsoPhotos of Ataturk airport attacker published The third attacker waited outside during the whole episode and detonated his explosives last as people flooded out of the airport in a panic.

As UNIAN reported earlier referring to the foreign media, at least 43 people died in a terrorist attack at the international airport Ataturk in Turkey's Istanbul, of which 13 were not citizens of Turkey. In total, 250 people were injured.

The Islamic State terrorist organization has taken responsibility for the attack.