At least nine people have been killed and dozens wounded in a car bombing at an outdoor market in a district just north of Iraq's capital, Baghdad, according to police sources, Al Jazeera reported. 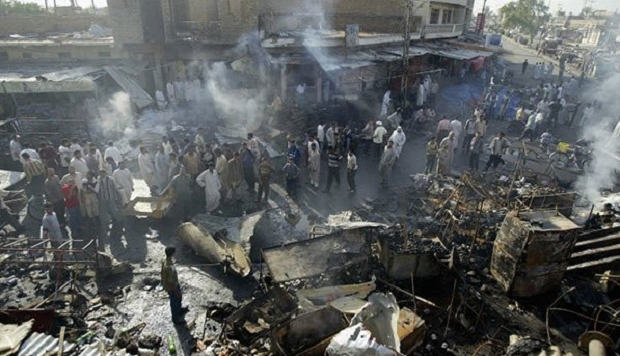 Police said a parked car packed with explosives blew up on Tuesday morning at a vegetable and fruit market in Rashidiyah town, according to the report.

No group immediately claimed responsibility for the attack, which wounded at least 20 people, Al Jazeera wrote.

Baghdad is on high alert for attacks after a blast in the central Karada district on July 3 killed more than 300 people.

This was the deadliest bombing in Iraq since US-led forces toppled Saddam Hussein 13 years ago.

The Islamic State of Iraq and the Levant group (ISIL, also known as ISIS), which holds territory in Iraq, claimed responsibility for that attack, according to the report.

The bombing in Rashidiyah came as the Iraqi parliament was due on Tuesday to discuss security measures in the capital in the wake of the attack in Karada.