Turkey will announce emergency measures on Wednesday to try to shore up stability and prevent damage to the economy as it purges thousands of members of the security forces, judiciary, civil service and academia after an abortive coup, according to Reuters. 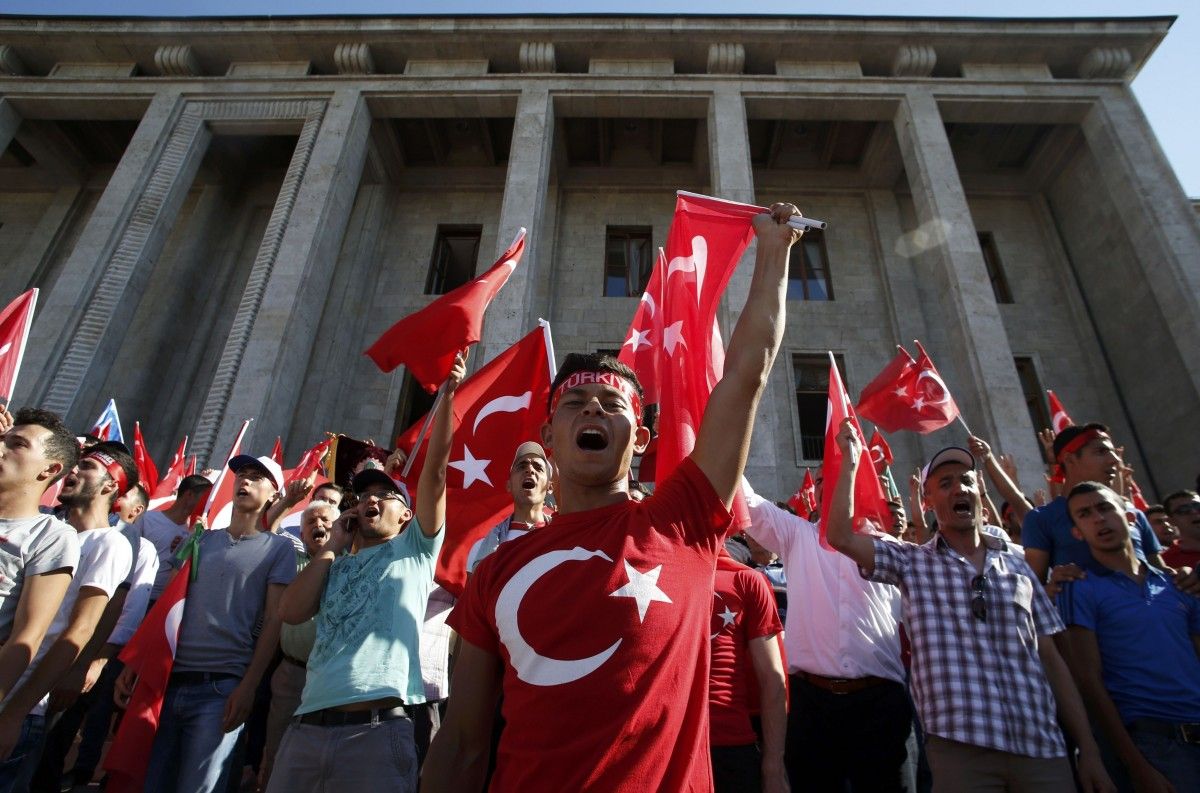 Around 50,000 soldiers, police, judges, civil servants and teachers have been suspended or detained since the military coup attempt, raising tensions across the country of 80 million which borders Syria's chaos and is a Western ally against Islamic State, Reuters wrote.

Academics were banned from traveling abroad on Wednesday in what a Turkish official said was a temporary measure to prevent the risk of alleged coup plotters in universities from fleeing. State TRT television said 95 academics had been removed from their posts at Istanbul University alone.

"Universities have always been crucial for military juntas in Turkey and certain individuals are believed to be in contact with cells within the military," the official said.

President Tayyip Erdogan blames the network of U.S.-based cleric Fethullah Gulen for Friday night's attempted coup, in which more than 230 people were killed as soldiers commandeered fighters jets, military helicopters and tanks to try to overthrow the government.

Read alsoMore police deployed in Istanbul after coup attemptErdogan has vowed to clean the "virus" responsible for the plot from all state institutions. The depth and scale of the purges have raised concern among Western allies that Erdogan is trying to suppress all dissent, and that opponents unconnected with the plot will be caught in the net.

He will chair meetings in his palace on Wednesday of the cabinet and the National Security Council, after which a series of emergency measures are expected to be announced.

In a sign of how shaken Turkey's leadership has been by the coup attempt, with dozens of generals arrested as well as Erdogan's aide de camp, government ministers and top officials have not been briefed in advance of the meetings.

"The cabinet meeting is classified at the highest level for national security reasons. The palace will give ministers a dossier just beforehand," one senior official told Reuters.

"Ministers do not yet know what is going to be discussed."

Around a third of Turkey's roughly 360 serving generals have been detained since the coup bid, a second senior official said, with 99 charged pending trial and 14 more being held.

Read alsoBloomberg: Revived death penalty in Turkey would end EU talks, Germany saysThe threat of prolonged instability in a NATO member country, which had not seen a violent military coup for more than three decades, has shaken investors' confidence.