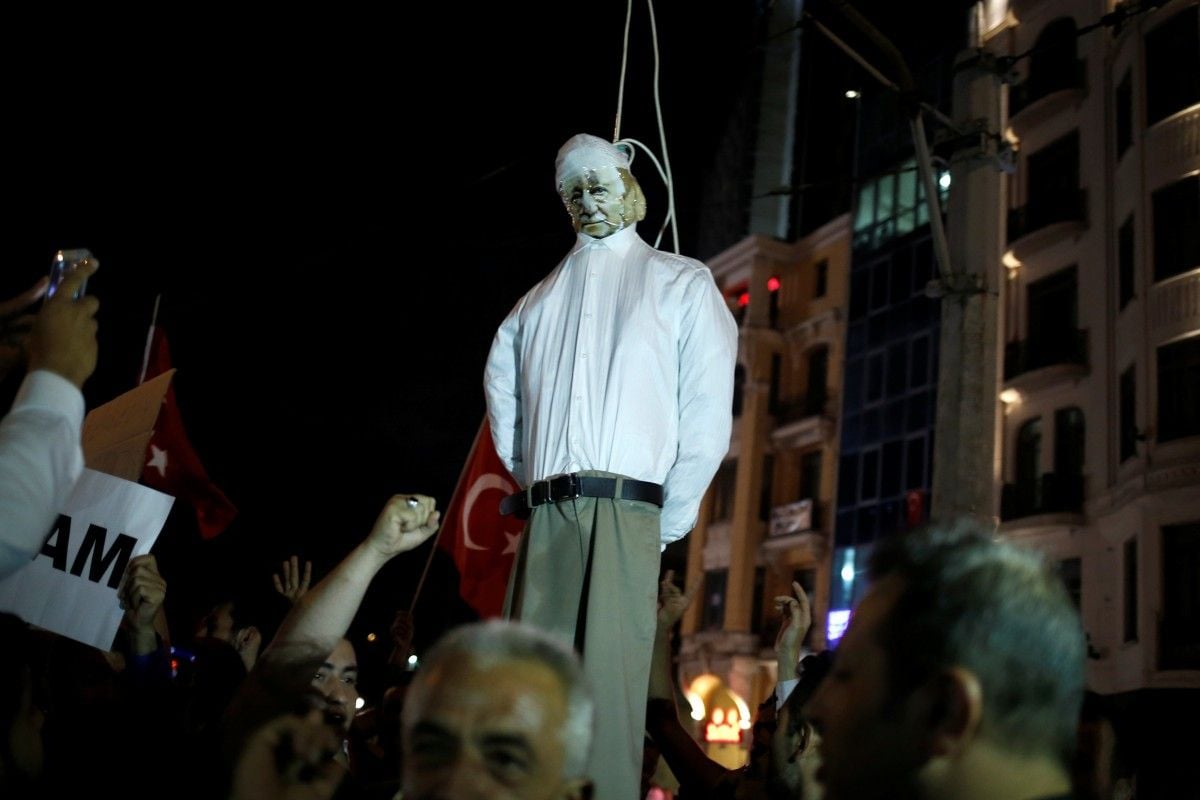 Muhammet Sait Gulen will be taken to the capital, Ankara, from Erzurum, the eastern region where his uncle was born, the Anadolu news agency says, according to BBC News.

Earlier, the president extended the period in which suspects can be detained without charge to 30 days.

The moves follow the state of emergency declared on Wednesday in the wake of the failed coup.

In May this year, another nephew of the cleric was detained in connection with schools run by Mr Gulen's Hizmet movement, according to a state media report at the time.

Mr Gulen, who was once an ally of Mr Erdogan but then fell out with him, has denied any involvement in the coup attempt.

Read alsoErdogan says new coup "possible"The Turkish leader has said the state of emergency will allow the authorities to restore order and deal with the aftermath of the failed coup effectively.

At least 60,000 state employees have been detained or suspended in an internationally criticised purge.