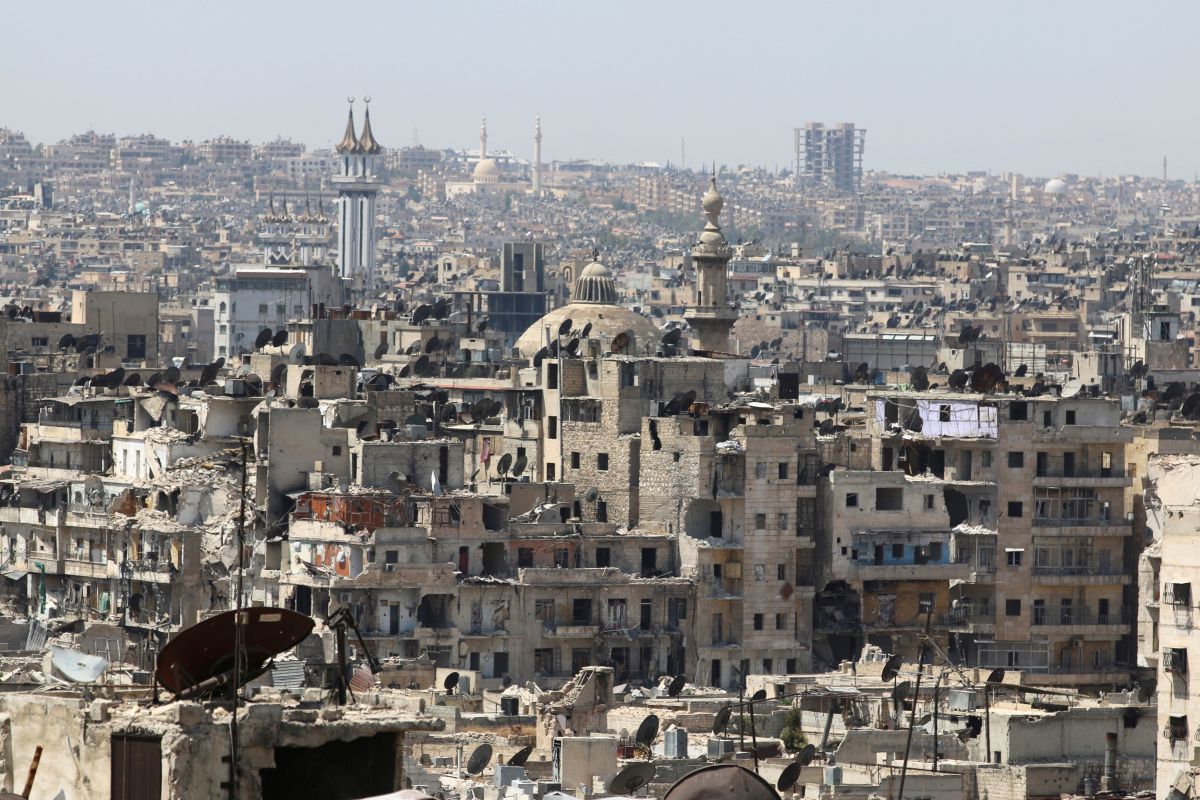 The demolished city of Aleppo / REUTERS

The latest violence appears to doom a cease-fire that has been violated repeatedly since it went into effect September 12, USA Today said.

Russian aircraft dropped 50 bombs in the city and 30 in the surrounding areas, killing at least 14 civilians, according to the Syrian Observatory for Human Rights, a London-based monitoring group with activists on the ground.

The Syrian military command in the city announced the start of its operations in the eastern neighborhoods of the city, and called "on citizens to keep away from sites and centers of armed terrorist groups," according to the government-run Syrian Arab News Agency, SANA. The military is offering to provide civilians shelter, "including those who were misled" by rebel fighters, the statement said.

Doctors Without Borders said in a statement that 145 people were admitted in the past two days to eight hospitals it runs in Aleppo, and that residents who've been denied food and medical aid for months are now targets of "indiscriminate bombing of civilian areas."

Read alsoReuters: Russian aircraft believed to hit Syria convoy, U.S. officials say"People in Aleppo already suffocating under the effects of the siege, have yet again come under horrific attack," said Carlos Francisco, the aid group's head of mission in Syria. "No aid, including urgent medical supplies is allowed to enter."

Ibrahim Alhaj, a member of the Syrian Civil Defense, told the Associated Press that three of the group's four centers in the city were targeted in the air strikes.

The cease-fire has been collapsing after Russia charged that a U.S.-led coalition bombed Syrian forces on September 17, killing dozens of troops in what Kerry apologetically called a "terrible accident." Then on Monday, the U.S. charged that Russia was responsible for a strike on a U.N. aid convoy in Aleppo. Russia denied responsibility. At the same time, the Syrian military said it would no longer abide by the cease-fire because of violations by rebel groups.