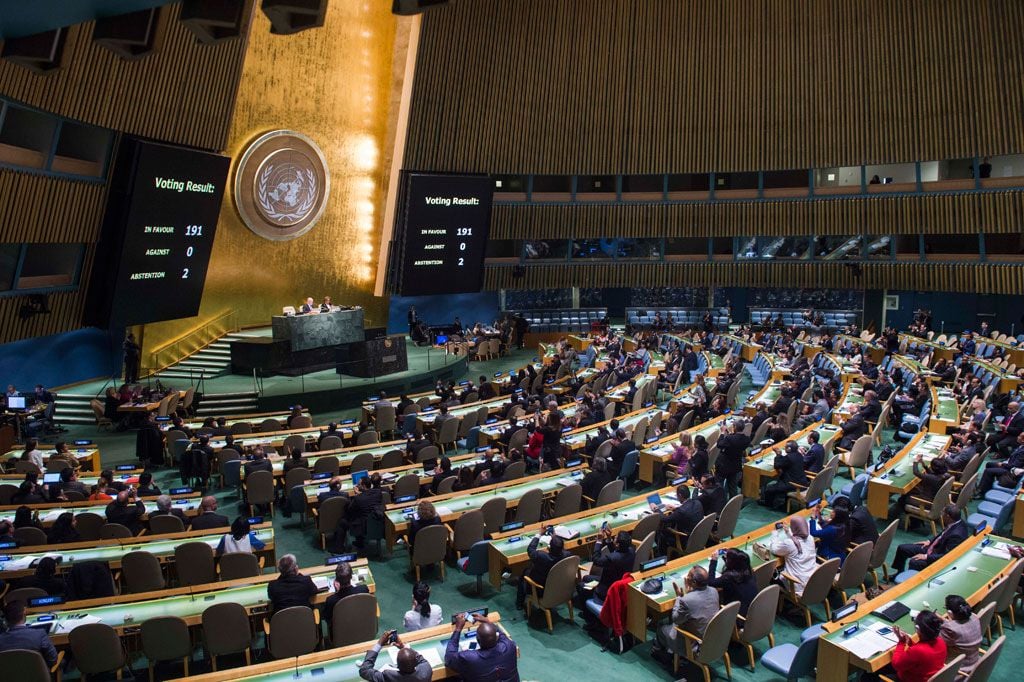 This means that the country should leave the Council after its three-year term is over, which will happen at the end of 2016.

Russia, which received 112 votes, was beaten by Hungary and Croatia in a vote by the 193-member UN General Assembly, with 144 votes and 114 votes, respectively. Russia was competing with Hungary and Croatia for the two available seats from Eastern Europe.

The 47 UNHRC places are distributed on a regional basis.

Another 13 countries, including the United Kingdom, Iraq, China, Saudi Arabia, and the United States, were elected to the UN Human Rights Council for 2017-2019.

Read alsoPACE to consider resolution on human rights violations in occupied Crimea, DonbasDuring the next three-year period, the chosen members will be tasked with hammering out the UN's official position on international conflicts and formulating domestic policies of member states.

Prior to the election, over 80 non-governmental human rights organizations, including Human Rights Watch, CARE International and Refugees International, called on the UN member states not to let Russia be re-elected at the UNHRC.

They asked to "question seriously whether Russia's role in Syria which includes supporting and undertaking military actions which have routinely targeted civilians and civilian objects renders it fit to serve on the UN's premier inter-governmental human rights institution."