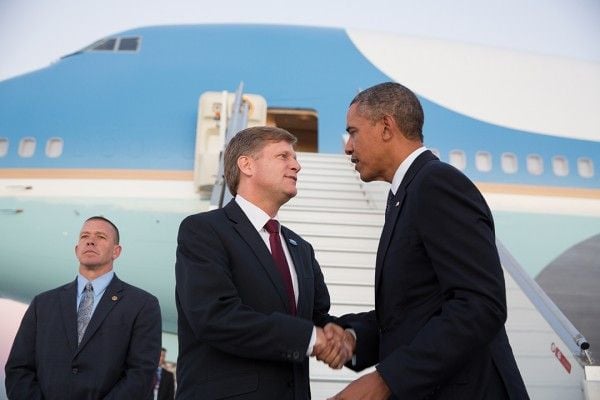 McFaul is banned from travelling to Russia / Photo from m-mcfaul.livejournal.com

"Indeed, Michael McFaul is on the retaliatory sanction list, and he has been informed about that," a source in Russia's Ministry of Foreign Affairs said. "He was put on the list in response to U.S. travel ban on Russian citizens."

McFaul earlier wrote on Facebook that he had been banned from travelling to Russia.

"[I] was told that I am the Kremlin's sanctions list because of my close affiliation with Obama. I will take that as a compliment!" he wrote.

Read alsoU.S. sanctions on Russia to remain until Crimea returned to Ukraine - State Dep't"To the best of my knowledge, George Kennan was the last U.S. ambassador to USSR/Russia to be banned from traveling there. Good company! Hope that I am not on the Russia travel ban list forever. Since 1983, I've been living in and traveling to that country," he wrote.