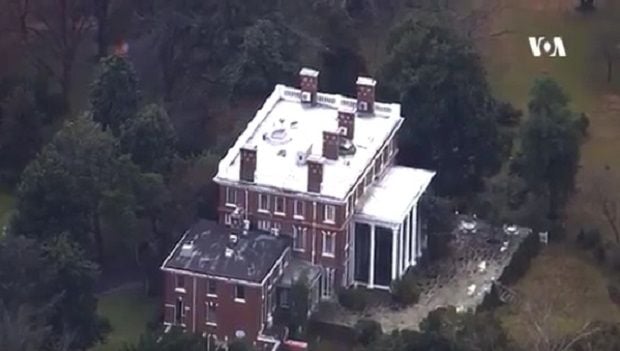 Screenshot from video published on The Voice of America Twitter page

"The U.S. imposed a number of sanctions against Russia on Thursday and closed down two Russian compounds, located in the Maryland and New York because of possible espionage," VOA reported.

According to Reuters, the United States on Thursday decided to expel 35 Russian diplomats and close down two Russian diplomatic missions in New York and Maryland in response to a campaign of harassment on the part of Russia against American diplomats in Moscow.