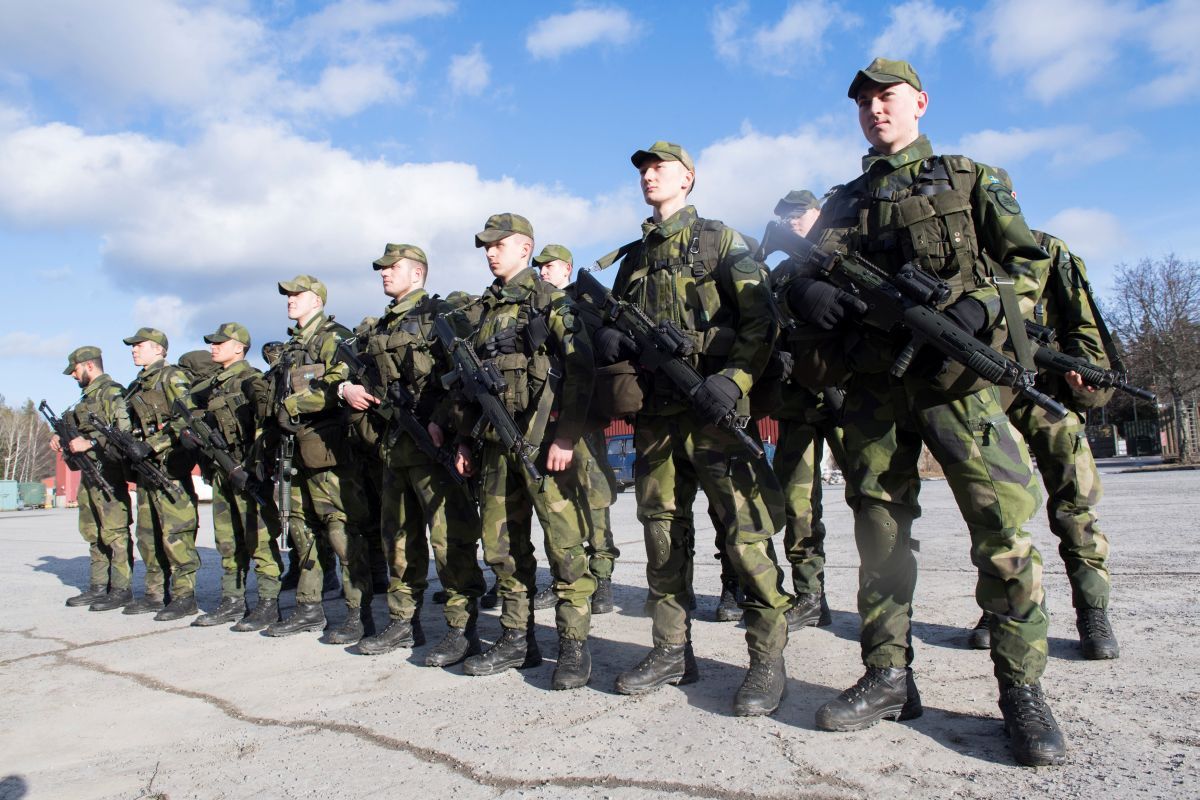 Marinette Radebo has named Russian military activity as one of the reasons for the move, BBC Russian Service reports.

About 4,000 young men and women, selected among 13,000 people born in 1999, are expected to be called up for obligatory military training starting January 1, 2018. They will be offered to pass psychological and physical tests.

The purpose of the call is to motivate young people to become military professionals and top up the mobilization reserve.

There was a compulsory military draft in Sweden until 2010, when only men were conscripted.

According to a Swedish government inquiry, the country's Armed Forces were short of 1,000 active squad leaders, soldiers and sailors, as well as 7,000 reservists in 2016, according to thelocal.se

Another factor behind bringing back conscription is a less stable situation in the Baltic region compared to the relative calm of the initial post-Cold War years.

Sweden is not a member of NATO, as well as Finland, but both countries are cooperating with the alliance. Nearby Norway and Denmark are members of NATO.

Read alsoNATO aware of danger posed by Russia for Europe – MuzhenkoPress Secretary of the Swedish Defense Ministry has also stated that 70% of MPs are supporting the government's plans to strengthen the armed forces and cooperate closely with the neighboring countries in military terms.

In April 2014, Sweden, Norway, Finland, Denmark and Iceland have signed off a document on strengthening military cooperation. The move was seen by many experts as the convergence of Sweden and Finland with NATO.

Sweden and Finland, where many residents consider Russia's behavior in the Baltic region unpredictable, are taking various steps to increase their security.

Read alsoSweden brings back Cold War weapons to deter Kremlin - The TimesIn early 2016, it became known that Sweden would return its military to the island of Gotland in the Baltic Sea, where during the Cold War were about 20,000 soldiers.

Finland is preparing for a possible occupation of the Aland Islands, located in the Baltic Sea, by Russia, Finnish Defense Minister Jussi Niinisto said in the summer of 2015.